Made in Britain: Malice in Wonderland (2009) 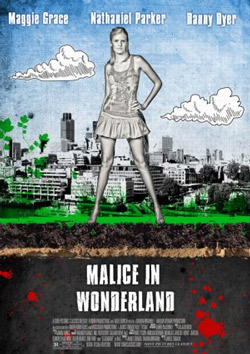 I had a well thought out schedule for this week’s reviews, but I’m throwing it out of the window for Malice in Wonderland. Not because Simon Fellows’ effort is any good, on the contrary, it’s rubbish, but because if I don’t write this up now, then I’ll forget about it forever. I’ve already blanked most of it out of my mind, but I really do feel an overwhelming need to be rude about it, and I don’t want to miss my chance.

I’m all for modern dark updates of Charles Dodgson’s classic books. The novels incline themselves towards it, and Dodgson was a very suspect character so you can read the worst motives into his relationship with Alice Liddel without too much effort. However, what I am not all for is haphazard, slapdash, ill-conceived and needlessly crude updates of it, that sacrifice coherence to tell a story that doesn’t make sense. Furthermore, I am also not for incomprehensible characters, crap dialogue, unsubtle and obvious allegories and the rest of the shit that populates this 2009 film. 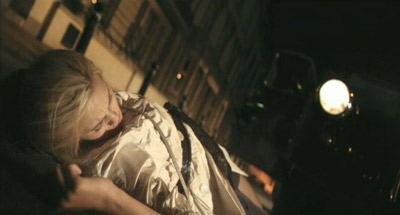 I too would rather be run over by a taxi than watch this again.

Taking the story of Alice in Wonderland and transplanting it to 2009 England, Fellows has made a film that almost became bizarrely fascinating. Alice Dodgson (see what I said about unsubtle), played by Maggie Grace, is hit by Whitey’s cab (Danny Dyer). It comes as a shock to nobody to discover that Whitey is late for an appointment that he cannot miss, and  when he realises that Alice has amnesia, he thinks nothing of stuffing her in the back of his taxi and taking her from London to the North East of England (actually, I didn’t know this was the North East, because it could have been anywhere). So begins a journey through a nightmarish carnival world populated by faux-clever rejects from the original story. Whitey has to meet a delivery of a present for Harry’s birthday(Nathaniel Parker). Harry is a “Bachelor of the Arse” and kingpin of the local crime community. Yes, it’s the Red Queen. It turns out there’s a reward of £10m for her, and so begins a series of fucking insane encounters and obnoxious one-note updates of the original story. The end, sadly, spirals into absolute incomprehensibility messing with causality and whatnot, but I can’t be arsed to spoil it. 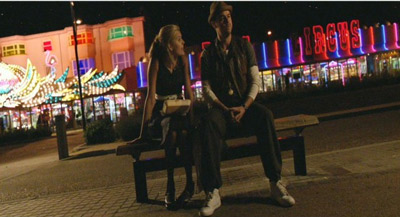 "You know, Danny, you really are an arsehole"

This film is absolute dogshit. They’ve gone for Magical Realism, which is an incredibly difficult trip wire to walk, and Fellows has fallen off the line completely. The film simply doesn’t work. There isn’t a coherent narrative to this film, rather it plays out as a series of encounters with local carny Gonzo (Matt King), White Rasta stoner “Caterpillar” (Paul Kaye) before the climactic trial at Harry’s birthday party. Each encounter feels like a music video without the music, and as there is no logic to Alice’s drug fuelled progression around the North East there’s no interest in any of her encounters. Instead we have to endure a sickening visual avalanche, with a colour palette based in red that amounts to little more than an assault on our retinas. This is not entertaining.

"It's no use giving me flowers. This crap is on my CV forever"

Then there’s the writing. Aside from it being horribly jumbled, as noted, the updating of the classic characters is as obvious and moronic as Jayson Rothwell could make it. The Caterpillar, for example, drives a hot-boxed car and imparts gnomic wisdom, or Tweedledum and Tweedledee are two corpulent homophobic bouncers that spit insults at the crowd. Furthermore, there are “literal” narrative touches, such as stealing the tarts becomes literally Alice carjacking a lorry full of prostitutes. The whole thing is insulting to the intelligence. To make matters worse, the dialogue for the most part sucks balls something fierce, only transcending cliché in the scenes with Harry towards the end. I struggle to think of an actual good line in the film, and the pun about getting Harry a Tie for his birthday, that I won’t spoil, is truly groan inducing. 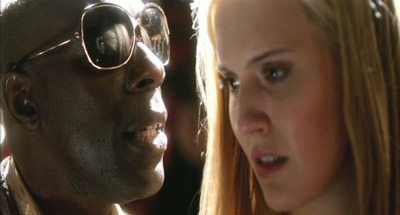 "I know it's pretty, but I didn't take it out for air"

Against this crap the actors were always going to struggle. Maggie Grace looks the part, and is a calming presence on screen, but as the plot only requires her to be confused, and the script certainly would have helped with that, I can’t really call this acting with any conscience. Dyer, however, managed to remind me why I think he’s a cunt in this film having recently fooled me into thinking he may not be. This is the laziest “lad” type performance of his repertoire, and it honestly made me resent the fool. King has the menace of a sedated hamster, and only really Parker is entertaining, being quite, quite ludicrously over the top as the flaming gangster.

This is not helping our reputation for bad dentistry.

None of the above would matter though, if the film wasn’t so god damned slight. It isn’t enough to subvert Alice in Wonderland without having some kind of point to proceedings. There is literally no point to this film, none. The whole enterprise feels so smug and pleased with itself that it is absolutely vomit inducing (if the camera work hadn’t already done that). Seriously, it’s jumping up and down screaming LOOK AT ME, I MADE THE MAD HATTER INTO A MADAM!!! I’M SO DANGEROUS!!! when it’s nothing of the sort. What it is is trite, deluded, and wilfully obnoxious. 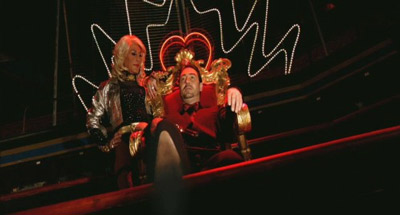 It's the Red Queen. Har-de-Har. My aching sides.

It also feels, and I’m not sure how to put my finger on this, cluttered. There was clearly an abundance of ideas here, some good, some bad, and almost all of them have ended up on the screen. The last third in particular forsakes coherence completely, and the time travel loop just adds another layer of boredom and confusion to what is already an incredibly busy film. Basically, it doesn’t feel like a narrative. What it does feel like is that I’m sitting in the backseat of a car speeding down the motorway being driven by a nutty teenage girl on a gut full of magic mushrooms. Everything just passes in a blur while she witters gibberish about penguins non stop and I’m sitting there wanting to be anywhere other than in this car, listening to this crap. 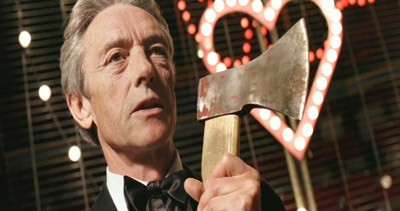 Someone needed this axe before filming started.

Overall, this film is awful. Complete and utter garbage from start to finish. Fellows has a resumé stuffed full of crap, so to be fair that isn’t an enormous surprise, but this high concept film is clearly beyond him. The cast are game, to be sure, but sometimes a willingness isn’t enough. I can’t fault Malice in Wonderland for ambition, but I can fault it on almost every other level of film-making. So, I don’t recommend this one, and I’m happy to say that it will soon have sunk out of my memory altogether and I can go back to the blissful state of not knowing it exists. Rubbish.

Malice in Wonderland is a good idea dreadfully executed, and I echo the Red Queen’s sentiments: off with its head!