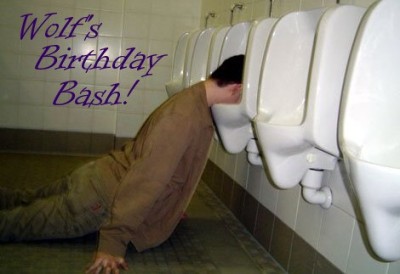 Release date: January 22 (US). I haven’t thought about the MIA movies in many years, probably for good reason. In fact I didn’t know they did a third one. Are there any more? I’m slightly drunk. May contain an exploding rapist and spoilers… 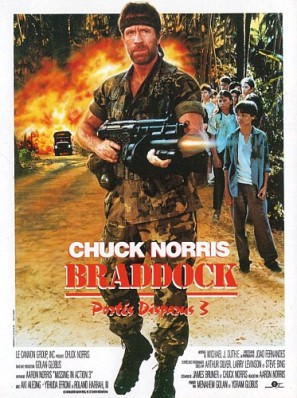 It’s over. American forces are pulling out of Saigon, a certain Colonel James Braddock among them (my memory is hazy, shouldn’t he be in a P.O.W. camp…). In the aftermath of an unreasonable rocket attack he believes his wife to be dead (…wait, wasn’t his wife back in the US…) and so, after a short chinwag with the all too brief Keith David, he departs for Western shores, heavy of heart and stout of jaw. Some years later Braddock discovers his wife is still alive in Vietnam (… no, meesa telling you, she was in the US, I’d stake my sputtering reputation on it…) and he sets out to bring her back home. But that’s not all… The Son He Didn’t Know He Had™ is with her, along with a whole gang of ‘Amerasian’ kids…

“Can I fondle your balls? Go on, just a quick juggle, I won’t tell anyone…”

“They’re going to die,” Braddock (Chuck Norris) tells CIA stooge Littlejohn of the kids. “People die every day,” Littlejohn (Jack Rader) replies not altogether incorrectly, though probably lacking on the compassion front. Well, Braddock’s not having any of that bollocks is he! He’s off to ‘Nam to meet up with his comedy sidekick Mik (Ron Barker) – who’s really funny – and get himself tooled up with a machine gun/ grenade launcher type of wotsit. Not that Braddock needs a weapon; his body is a weapon. He can freeze blood with his steely-eyed squint. He can stand on tip-toes an awfully long time or at the very least, indefinitely. You can electrocute his nipples and it only sends him to sleep. And then he’s only pretending to be asleep!

“Braddock. I’m warning you… Don’t step on any toes.”

“I don’t step on toes, Littlejohn. I step on necks!”

Necks, yeh… or kicks people in the chops. Mainly though, just shooting them works a treat. However, shit ain’t gonna sail plainly, not with the dastardly General Evil Asian Stereotype around. He’s very authentic as an NV General and filled with pant-soiling menace. He shoots Braddock’s wife Lin (Miki Kim) in the face. “Noooo-ooooo!” Braddock and son Van (Roland Harrah Hurrah Ha-Haaa, III) scream, slowly, in unison, in a soul-shakingly tragic slo-mo moment. Kwoc (Aki Aleong) – Kwoc being his real name, it isn’t really ‘Evil Asian Stereotype’ if you were wondering – laughs uproariously at his own evilness and just to demonstrate his all-round evilocity he arrests an entire orphanage, while laughing. “American bastard children!” He fumes. You tell ‘em, Kwoc-knocker.

Microwaving kittens was the highlight of his day

Robo-Kwoc’s gratuitous carry-on infuriates our Jimbo. He escapes a torture squad and stands in plain view, hands in pockets, whistling conspicuously under the only light on the street but the buffoonian search party contrive to drive straight past him. Then he goes and grabs his BFG. Oooh, there’s gonna be serious payback, baby! He makes a rapist explode gloriously by force of will alone. Braddock-fodder run around hopelessly, wearing signs around their necks saying ‘shoot me, please’. Braddock shoots them. He believes the children are our future and will stop at nothing to rescue the orphanage, plus the Reverend Polanski (Yehuda Efroni) – Polanski? Children? Guffaw! Braddock stands at the centre of an enemy compound surrounded by Mirth Vietnamese (mirth – genuine Word suggestion after ‘North’ typo) soldiers who will throw bullets, grenades, missiles, a stuffed alligator, tins of sardines and some disheartened geese his way. All will defy the laws of physics and miss.

Helichopters fear Braddock. Even though he drives his wagon-load of children very slowly across a river, the chopter somehow cannot land a single piece of ordinance on him. Couldn’t hit a cow’s arse with a barn door, these blokes. Only when he stops and evacuates his little charges (eeew!) does the chopty land a direct hit. Then, even the size of a 90km yomp to the border does not deter Braddock, not one jot… “Walk or crawl, we’re gonna make it. C’mon, kids!” And when he finds an aeroplane to ease their bledding footsies, Braddock hijacks it and bundles them all inside. General One Flew Over The Kwoc-koo’s Nest is livid: “BLAAA-DDOCK!” He rages. “BLAAA-DDOCK!” He rages again. And… “BLAAA-DDOCK! I WILL KILL YOU! YOU AND YOUR FILTHY CHILDREN!” He’s really not happy about the current situation at all, to be honest. Who can blame him, eh?

Boof! Have that, ya bunch of child-interfering twats!

Father and son bond in the cockpit, smiling happily at each other. The dialogue is nuanced, dripping with empathy…

“Are you okay?” Braddock asks Van.

You see, they don’t just mean physically; but emotionally. They’re okay because they are emphatically fused, in one colossal ‘throw your arms around the world and give it a hug’ surge of dove-releasing grandeur. Make sure a box of tissues is near to hand, you will need a wipe – dripping empathy stains if you’re not careful. But there isn’t time to be touched and moved because the fuel tank has been hit by weapons fire during take-off (as was the original pilot) and Jimbo is gonna have to crash-land the plane somewhere extremely hazardous and crucially, a gnat’s knickers short of the border. This leads to a brilliant exchange in which the Reverend Roman Polanski demonstrates his impeccable comic timing and funny ‘worried’ face.

“It’s going to get rough,” Braddock tells him.

“I just wanted to say good luck, we’re all counting on you… the bloke with the hole in his head, not so much…”

But don’t worry, because when Braddock crashes even the crash itself is scared of him and wouldn’t dare kill any of his filthy children. With the border bridge in sight, everyone rejoices. But wait! Kwoc-adile Chun Lee isn’t through with Braddock or those pesky kids… “FOO-RISH BLADDOCK!” He’s still rightly upset, but he’s now got a very big fuck-off helichopper armed to the teeth. Oddly, with Braddock defenceless, Smooth Kwocca-rator first turns the whirlybird to face the American Fuck-Yeahs massing on the other side of the bridge, allowing just enough time for Van to come to his father’s aid and together they send The Kwoc & The Dead to his firey fireball of fireyness. The US troops are exulted and race across the border to praise their hero, despite not being allowed to cross the border to effect a rescue a minute ago so I’ll be buggered why they didn’t do that to begin with. Braddock gets a Band-Aid then goes back in for the next load of filthy children, probably. Some bloke on the soundtrack starts singing about the ‘look of freedom’. The end. 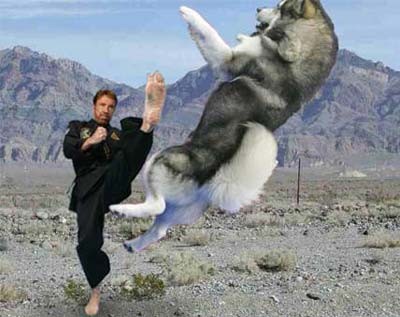 Some might say it’s a Kwoc of shit. And I would agree with them. Still, MIA3 is very funny. After the humiliating 5-0 Cup Final drubbing handed out to my local football club on Thursday, this movie finally cheered me up a bit. C’mon, the world needs more exploding rapists!

I give Braddock 1 Spirit Medium-Face Chuck out of 5.