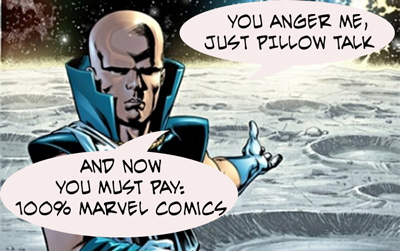 He clearly wasn’t taught enough of a lesson by the Birthday Series. That’s the only conclusion I can draw from this in that Just Pillow Talk is back, and this time he’s taking on the entire Marvel Series. He’s clearly not thought this out properly (Elektra!) so it should be good for a few chuckles on our end. He’s launching with the Blade series, which is the equivalent of training to fight Tyson by beating up a 9 year old.

Anyhoo, that’s me done, here he is: END_OF_DOCUMENT_TOKEN_TO_BE_REPLACED 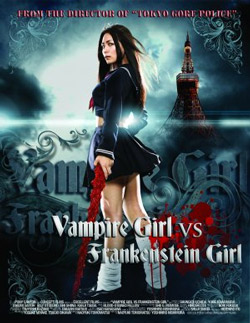 “Dicing ones daughter is true happiness!”

Jarv’s Rating: 3 Changs out of 4. Madder than a box of frogs and so much fun it should probably be illegal. Easily the most enjoyable piece of schlocky trash to crawl its way out of the vault in a long, long time.

I have to be absolutely honest up front about this: there was absolutely no way that I was ever going to be able to resist the charms of a film with a title as thoroughly stupid as that, and I also (whisper it quietly) actually like Tokyo Gore Police, so chances are Vampire Girl v Frankenstein Girl was always going to be on to a winner with me. That it also happens to be a gleefully schlocky film, and to have no pretensions higher than B-movie at best is just a happy bonus as far as I am concerned.  END_OF_DOCUMENT_TOKEN_TO_BE_REPLACED 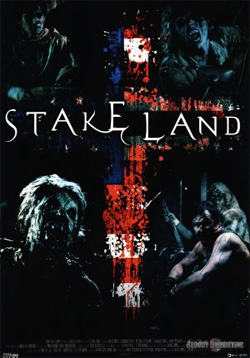 Vampires, eh? Has there been a more maligned Horror genre in recent years than the vampire film? Seriously, they either sparkle in sunlight, inexplicably want to bang Anna Paquin and possibly themselves, or are metaphorically grooming small boys for nefarious purposes. In the meantime, a couple of films have come out that have attempted to breathe new life into arguably the most overplayed genre out there. A recent development (probably in an inevitably futile attempt to break the cycle of EMO rape-y douchebaggery), as seen last year in Daybreakers, is a post-apocalyptic twist: the bloodsuckers have won (and I don’t mean bankers) so how will mankind cope with being the food source in a devastated world? This year’s entry in my Post- Millennial Trauma series also follows this line: welcome to Stake Land. Bring your own garlic.

END_OF_DOCUMENT_TOKEN_TO_BE_REPLACED 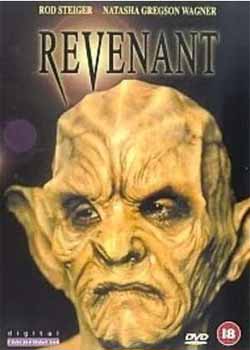 Hoo-boy this film is shit.

Actually, on paper, this looks like quite a good idea (in a really stupid kind of way). Take Casper, modern vampires, LA, gangbangers and an Austrian Van Helsing, mix together with a decent amount of gore and season liberally with a shit load of gratuitous nudity, and you should have a recipe for some silly fun. Yet, it isn’t fun (for the most part). END_OF_DOCUMENT_TOKEN_TO_BE_REPLACED 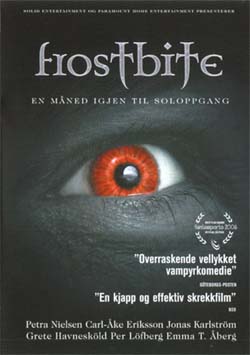 It’s been a hell of a long time since I’ve attempted one of these and that’s purely down to how many desperate vampire films I’ve seen. I know that vampires and vampire lore has been plundered throughout the decades, and that each new attempt has to give the mythology a modern twist, but is there anything out there more pathetic than the current romantic vampire idea propagated so eagerly by the likes of Twilight and True Blood? It’s an astonishingly inept take on the monster- a Vampire is a predator that feeds on human blood. He is not some sort of English fantasy figure. Therefore, I’ve taken it upon myself to root around in the genre to try to find some examples that are worth looking at. This time, it’s the mostly unheralded Swedish 2007 film Frostbite. END_OF_DOCUMENT_TOKEN_TO_BE_REPLACED 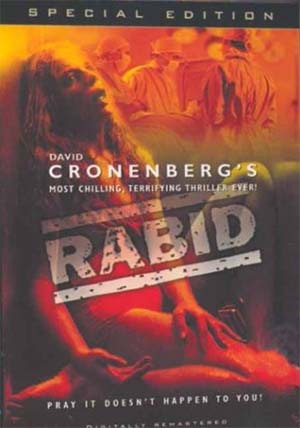 Before I get into this review of Cronenberg’s sophomore film, I just want to hand out a “twat of the day” award to Richard Corliss of Time Magazine for this comment in Marilyn Chambers’ obituary:

There’s being rude, and there’s poor taste in an obituary. That comment is offensive for the sake of being offensive, and seems so pleased with its own cleverness that I didn’t read the rest of the article after that. Aye, very good Corliss, you know she was the Ivory Snow soap model. Revolting.

All digressions aside, Rabid is Cronenberg’s somewhat disappointing follow up to the promising Shivers, and I can’t say that I really like it. I think, if anything, Rabid represents a real step back for him. END_OF_DOCUMENT_TOKEN_TO_BE_REPLACED 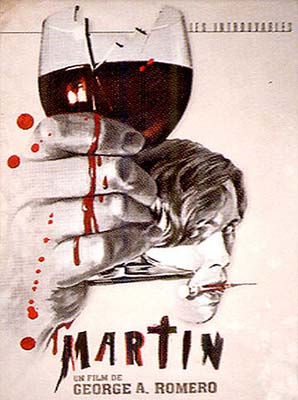 I’ve been thinking about this for a week now, and I still don’t really know how I feel about it. I freely admit to having battered wife syndrome where Romero is involved, so I’m pretty certain this is actually crap, and yet I keep hearing that it’s a lost classic of the genre. I’m not even sure it qualifies as a vampire film to be honest, as Martin clearly isn’t a vampire. He does drink blood, but he’s a sexual serial killer. There’s nothing paranormal about him, in fact, if anything he’s depressingly mundane. Nevertheless, at the same time there is something interesting about it, and I was endlessly fascinated by the UK VHS cover whenever I saw it in the video shop in the 80’s. Sadly, Redemption Films went bust and so I can’t find a copyable picture of that cover, but it held a kind of perverse attraction for me. END_OF_DOCUMENT_TOKEN_TO_BE_REPLACED 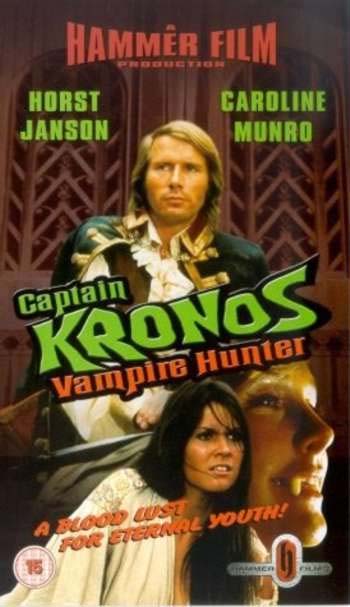 It’s very hard, in fact probably impossible, to write a series of reviews on Vampire films without mentioning Hammer. The British studio made hundreds of horror films over a period of decades, and many of the archetype vampire movies have either Peter Cushing or Christopher Lee in them- and invariably something-of-Dracula in the title. Later Hammer tended towards the poor, if I’m absolutely honest, but occasionally they did try something different, and usually it was treated with utter disdain by the public. However, that doesn’t necessarily mean that the attempts to break the mold were bad, quite the reverse as they tended to be better than the stock Hammer fare. Captain Kronos is a fine example of this.

END_OF_DOCUMENT_TOKEN_TO_BE_REPLACED 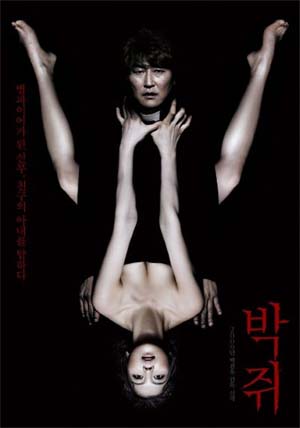 Well, I’ve had enough. I’ve tolerated shitty emo-vampires or ridiculous screechy vampires for far too long and my patience has finally snapped. I’m pig sick of vampires that sparkle like a magpie’s wet dream in sunlight, or vampires as an excuse for some drippy sub-Mills and Boon level romance drivel, or piss-poor lame cowardly fucking vampires. It’s reached the stage where if I even see the word “Vampire” on a film, then I’m automatically reaching for the off switch. END_OF_DOCUMENT_TOKEN_TO_BE_REPLACED

THAT’S! HOW YOU VAMPIRE! 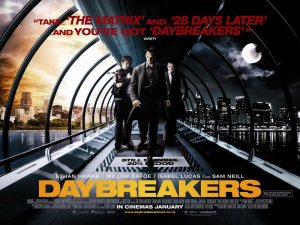 Daybreakers is a good ole fashion down home romp in the dystopian future in which Vampires have killed off all but the last 5% of humans in the world.  END_OF_DOCUMENT_TOKEN_TO_BE_REPLACED