NURSE 3D IS BETTER THAN HAVING YOUR TEMPERATURE TAKEN RECTALLY, BUT NOT BY MUCH

Xiphos here  with ContinentalOp’s take on Nurse 3D which from the sound of it even the copious amounts of full frontal nudity couldn’t save. I would like to take a moment and thank Miss Barfy for actually getting this post up because she’s smart and I’m dumb and she is by far the best person I know so here is a big  THANK YOU very much for posting this from BOTH me and Continentalops. You’re the best.

END_OF_DOCUMENT_TOKEN_TO_BE_REPLACED

Never underestimate the power of cheer!

Back when I reviewed Bring it On for my birthday series, I seriously spent a large amount of time fantasising about what if this vacuous crap was actually a slasher movie and a big lug in a melted William Shatner mask would jump out and slaughter the cast of single-dimensional tarts in the film. And lo, as if by magic, someone called Kerry Beyer heard my prayers and decided that he would reinvigorate the tired slasher genre by, er, remaking Friday 13th but with a camp full of cheerleaders.

This should be joyous, surely? 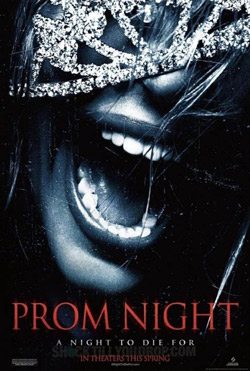 A plague on this kind of film. There’s nothing less imaginative or original, and dare I say soulless, than this shiny American remake trend. Having worked their way through classic films, and less than classic films, it was only inevitable that they’d turn their jaundiced gaze on those lower ranked horror movies. As Prom Night has always been a hugely profitable film series, it isn’t so surprising that this was one of the first out of the blocks once the actual good movies had been ruined. As is always the way with these remakes, instead of taking the original film and having another look at it, perhaps amping up the boob count and the gore for the jaundiced youth of today, maybe introducing some drugs and whatnot, the makers of the 2008 version of Prom Night decided to toss the whole thing out and introduce us to the most drab, boring, shiny and heartless slasher movie imaginable. There was no love put into this production at all, and as a direct result of this Prom Night 2008 is a charmless and dull experience, one that is not recommended to anyone other than those completing a series.

END_OF_DOCUMENT_TOKEN_TO_BE_REPLACED 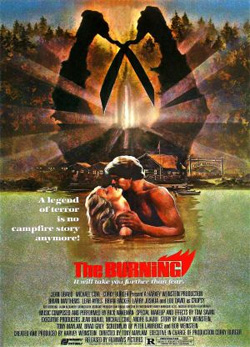 Man, this guy is so burned, he’s cooked! A fucking Big Mac, overdone!

Jarv’s Rating: A pretty solid 2 Changs out of 4. One of the better Friday 13th clones out there, but in the end, The Burning hardly counts as essential. Unless you’re some sort of weird Holly Hunter/ Tom Savini completist.

The Video Nasty list made not a jot of sense. On one hand there were some truly despicable films banned (such as Cannibal Holocaust) and on the other some bona fides classics were locked away (the Exorcist). In between these two poles were a whole lot of shitty Italian horror, some American exploitation and the odd completely unremarkable slasher film by numbers. The Burning, a 1981 rip off of Friday 13th that’s so blatant it could quite easily be called “Saturday 14th”, is one of this group. I’m at a bit of a loss as to what the ban is for. Sure, there’s some nudity and the odd messy killing, but there’s nothing in it that would merit a ban- it’s just standard slasher fare. END_OF_DOCUMENT_TOKEN_TO_BE_REPLACED

You will learn not to be a bad boy

Jarv’s Rating: Damn it, I’m really not sure. Oh, what the fuck, half a Chang out of 4. Completely derivative and uninspired slasher movie with a reasonably cool villain and a fucking stupid ending. Not to mention a fucking stupid beginning and a pretty fucking stupid middle.

Not to be confused with electronica/ house act Basement Jaxx. I never really liked them, but I do have to concede that they did have their moments, before they became confused about being actual “artists” rather than sample merchants. Still that “Where’s your head at?” video was pretty cool. The one with the monkeys. This film, on the other hand, does not feature monkeys, particularly monkeys that have ugly human faces and glasses and whatnot. It does, however, feature a stab at a new “slasher” villain, a couple of decent performances and a pretty well thought out origin story. It is also pretty fucking stupid. END_OF_DOCUMENT_TOKEN_TO_BE_REPLACED

Any more of this, and you’re going in the closet with the dead midget

Jarv’s Rating: 0.5 Changs out of 4– Quite spectacularly shit. A huge amount of juggs and a fetish midget are all that save this dismal garbage from the dreaded Orang of Doom.

She was an innocent!

Jarv’s Rating: I give it an utterly bored 1 Chang, with the proviso that if they hadn’t attempted so hard to be a murder mystery as well and embraced the slasher nuttiness then I may have been tempted to upgrade it to one and a half.

Mrs Jarv is for the most part a fantastic woman that’s more than willing to put up with my various inanities, laziness and other personal defects. However, she does have one glaring character flaw that simply defies any attempt at rational explanation: she loves slasher films. This deep-rooted psychological failing has meant that I’ve had more drecky teen slasher garbage inflicted on me than anyone remotely healthy should have, and some of the absolute dogshit that I’ve sat through since Lovefilm went on the PS3 simply defies logic. I mean she actually likes Blood Night: The Legend of Mary Hatchet for non salacious reasons. Not to mention that she liked Hatchet itself. I didn’t. I thought it was wank. Fear Island was one of the more recent slashers that we’ve sat through, and she liked it. Me? I’m not so sure. END_OF_DOCUMENT_TOKEN_TO_BE_REPLACED

Here we go with second instalment of the Biehn Season, Volume 1 trilogy. I’d never seen this Biehn flick, mainly because it sounded like every other ‘teen slasher’ out there. So it was with some trepidation I punched in to trusty stagevu and toddled into Cherry Falls…

END_OF_DOCUMENT_TOKEN_TO_BE_REPLACED 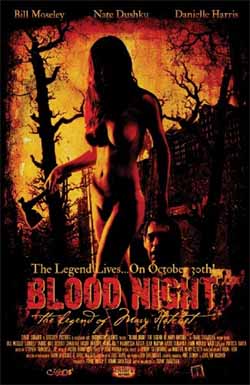 Tell us a Mary Hatchet story

Jarv’s Rating: 1.5 Changs out of 4. A bit shit, and quite in bad taste, but not the worst film that I’ve ever seen. There’s a quite staggering amount of gratuitous nudity though, and that always helps to pass the time.

It’s been quite a while since I’ve done one of these, so excuse me if I’m a bit rusty.

I’m venturing back into the vault because as it was Halloween, I watched a quite phenomenal amount of low rent horror. Most of it wasn’t really worth commenting on, and that fucking Children of the Corn series is killing me, but mixed in amongst it was this sleazy fucking slasher/ ghost film hybrid from 2009. Blood Night: The Legend of Mary Hatchet is, to quote Droid, somewhat dodgy. However, I’ve never let that stop me in the past, so I’m not going to let it stop me now. END_OF_DOCUMENT_TOKEN_TO_BE_REPLACED

All Daddy Wanted Was a Blow Job. Children of the Corn 5: Fields of Terror 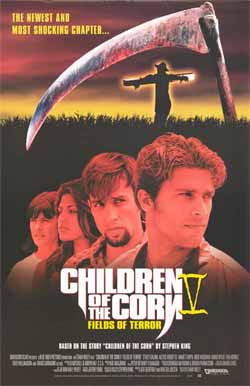 This comes as a massive shock, but this version of Children of the Corn isn’t anywhere near as hopelessly shit as the last 2. It’s not any good, sure enough, and covers material that’s been done far better elsewhere, but it’s at least an inoffensive diversion for a few hours. END_OF_DOCUMENT_TOKEN_TO_BE_REPLACED