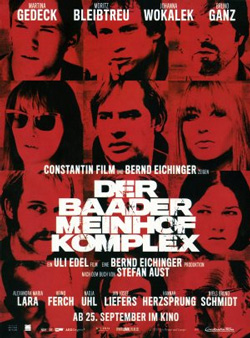 As I near the present day, I do have to say that, for the most part, I’ve enjoyed this little trawl through the movies released on my Birthday. Even when it’s been a few terrible films, I’ve been forced to watch and review them at such a rate that a good film has popped up and put a smile on my face to relieve any pain caused by some of the rotten dregs of cinema on the list (looking at you Dirty Dancing). 2009 was an interesting year. I was one year into my current job (bah) and had already reached the apogee of self-loathing that selling out inflicts on you. As a result, I was spending far too much time at Gingertown messing around on the Twitch thread. As were we all- this was, after all, only two months shy of founding the Church. Incidentally, Twitch is an excellent site and has pointed me in the direction of many a sterling “international” film that I’d probably never have discovered. And the Red Baron, which was shit.

One of the first films that I remember hearing about from Twitch was Der Baader-Meinhof Komplex, a stellar German film released in New York on 21st August, Although I saw on its opening in the UK in November 2008. This is a film that I loved so much that I immediately included it in my best of the decade for Europe, and is a high-class true story based on an ignominious chapter of recent German History, documenting the story of one of the most laughably inept “terrorist” organisations that ever walked the face of the Earth.

This is a warning in advance- this is a very, very long review. Apologies, and I hope it isn’t boring.