Back off or I kill a fat lady!

There’s no chance a film with top-notch dialogue like that is ever going to get a negative review from me. There’s even less chance when it’s a classic Full Moon production starring Tim Thomerson. Moreover, there’s no chance at all when said stupid film is about an intergalactic cop trapped in the Bronx chasing a disembodied head who is armed with a dimensional bomb. Particularly not when said villainous cranium is called “Sprug” and the intergalactic cop is called Brick Bardo. That he may as well be called Trooper Jack Deth is neither here nor there, frankly, as I don’t care about such quibbles.

Contains tiny police officers with the most powerful gun in the multiverse and spoilers below. 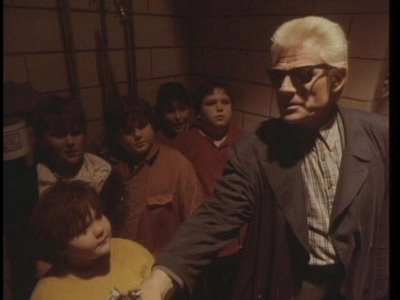 The orphans were pleased when Brick stepped in for Jacko on visitation day.

Brick is a mighty gun-toting badass of a cop. In his society, when you commit a crime they lop a body part off. So, he’s on the trail of his nemesis the evil Sprug. Sprug, arguably, must be one of the naughtiest miscreants in the galaxy, given that he’s only a head. He’s also a bit upset. He’s got a dimension bomb (eh? Are you sure?), and wants some space ions (moolah) or he’ll blow the whole planet up. As a plan, I feel that this is severely lacking something. Anyway, Brick pitches up, tells him that he’s a fuck up (with some justification) and then brilliantly explodes two henchmen. Sprug, clearly working out that he’s out of body parts to have lopped off, makes a runner for it. Brick isn’t having any of this so gives chase, and next thing you know both their spaceships have been sucked through a highly convenient wormhole. 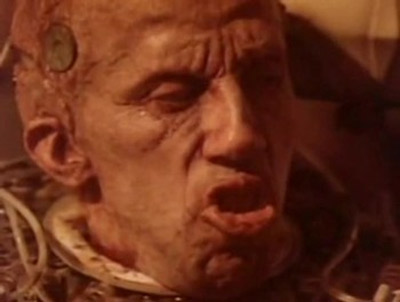 Arriving in the South Bronx, all hell breaks loose. Sprug cuts a deal with some local numpties (Jackie Earl Hayley as Braxton Red leads them), while Brick blows some holes in some local thugs trying to rape Debi (Kamala Lopez). Sprug cuts a deal with Braxton’s posse to take over the Earth, except Braxton reneges and squashes him. And how is Braxton able to do this? well, apparently, Brick and Sprug are from a planet where everyone is tiny. Not midget tiny, like Doll tiny. Brick stands at a mighty 13 inches tall. He’s the (dum dum dum) DOLLMAN! Fucking awesome.

Debi is worried about her neighbourhood, and apparently moving is not an option. So everything builds up to a big and hilarious shoot out, and Dollman saves the day. Not before he takes the time to kill a giant cockroach in her apartment, naturally. Dollman doesn’t take any shit from insects. 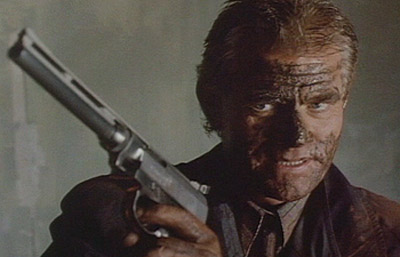 Brick was a dirty little man.

Really, this is a blast. Yes, it’s quite enormously (which is ironic) stupid, but who gives a fuck? This is about a 13 inch high Tim Thomerson blowing chunks out of bad guys with a ridiculously overpowered gun. Thomerson is basically playing the same action hero type he always plays in Full Moon films, be it Trancers, Zone Troopers or this, but who gives a shit? He’s badass and wears sunglasses at night to show it. He’s also got a ridiculous gun. The rest of the support does their job, although Debi and her kid are a bit annoying. I was actually hoping that he could stick a bullet through the kid and end it all now. 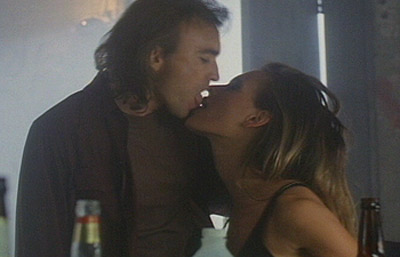 “Did you have cornflakes for breakfast?”

As mentioned, Dollman is great fun. Probably because of the astronomically stupid premise, and Thomerson’s ludicrously OTT “badass” performance. When he’s not fighting off insects or the attentions of Debi’s Kid (who really does think he’s a toy), he’s sneering at bad guys and blowing things away. That’s his entire purpose in life and who are we to stand in the way of that? Particularly not when I’m intentionally watching a piece of schlocky drivel about a 13 inch high intergalactic cop with a giant gun.

One of these two went on to be Oscar nominated.

Aside from being loads of fun, Dollman is hilariously crude. This is a legitimate quote from Braxton in the film:

What the fuck are we fuckin’ waitin’ for? I mean, fuck this shit! Fuck man, the fuckin’ set-up is fucked up! The little fucker knows what kind of fuckin’ shit is waiting here to fuck him up. So let’s get the fuck out of this fuckin’ deal and go looking for the tiny little mother fucker

Brilliantly, it’s not the only example of insanely stupid and profane laden dialogue in Dollman, there’s fucking loads of it. It’s insanely self-aware, with Brick muttering lines like “I hate fucking giants” which is automatically funny, and there are countless boneheaded scenes with Debi washing the blood off Dollman’s kill frenzy off the walls of her apartment.

So, it’s violent, crude and stupid- but this is probably why it’s so entertaining. Clocking in at a measly 75 minutes, it whips along at a rare old pace, and there’s never any lag before the next piece of true dumbness turns up. In a lot of ways, Dollman is a nailed on Dumbhouse classic, and watching it reminded me of why I used to like Full Moon. For my sins.

Overall, Dollman is a little slice of cheesy fun. It’s a great laugh, and not in the slightest bit obnoxious, and that’s to be celebrated. In all honesty, if you’re expecting high cinema, then you’re going to be sadly disappointed. However, if you’re in the mood for the hilarious antics of a miniature policeman with a ludicrous gun then this is the film for you. I recommend this, with beer, and enjoyed it so much that I’m secretly looking forward to the sequel, which for some reason I’ve never seen. 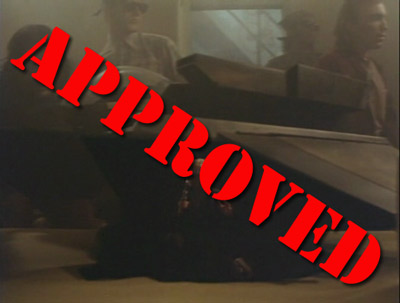 A great time, Dollman was Full Moon at their peak, possibly because Charles Band was smart enough to have Albert Pyun direct, and when on song he’s a great schlock director.