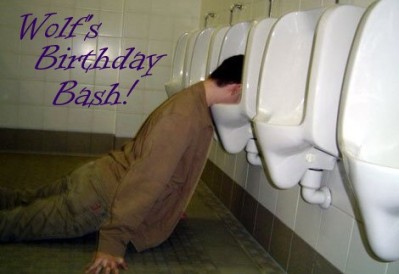 Release date: January 27 (US).1984, August. I went outside to watch the Perseid meteor shower; next day I had turned an odd shade of grey and couldn’t move. I was convinced it was an alien contagion; it was in fact ‘Indian’ flu. Took me out of circulation for a fortnight but at least my chest remained intact. Review may contain neuroses and spoilers… 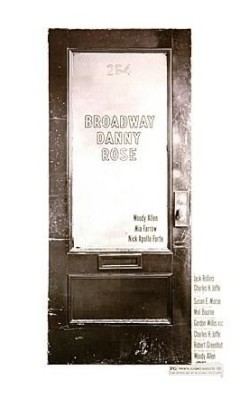 A down-on-his-luck talent agent, Danny Rose manages to get a decent booking for washed-up crooner Lou Canova. However, Lou won’t go on stage unless his extramarital love interest, Tina is in the audience. When Danny goes to fetch her, he gets mistaken by her Mob friends as the guy who has stolen Tina away from a broken-hearted Mafia hitter. The Family doesn’t like it and orders Danny a pair of tarmac boots…

Most folk seem to fall into two categories; they either love Woody Allen or hate him. I was very much in the former, but the early 1980’s saw me drift away from his flicks. No big reason; I was watching other stuff and I intended to go back but never did. I don’t completely agree when critics say he plays himself in every film, but that shtick started to wane for me, I knew what was coming so the films became less essential to see. But he’s different here, no doubt about that. The film is mounted on the tales as told by a group of entertainers sat around a table at the Carnegie Deli, trotting out their favourite Danny Rose anecdotes. If you’ve wearied of Woody’s brand of patter over the years I shouldn’t think anything here will change your view. We’re talking Hyper-Woody. There are so many words spilling out of his trap at once it’s a miracle his larynx doesn’t rebel, climb out of his throat and throttle him. Not only that, his hands are never still, it’s like there’s an epileptic puppeteer above the frame jerking his strings; Danny is an animated vessel of constant chatter. All of it pays off toward the end when a moment of quiet falls on him, drops like an ACME ton weight. I’ll get to that in a minute. 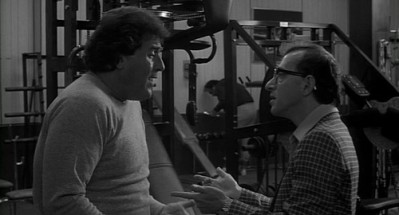 The waif-like Mia Farrow is unrecognisable as floozy Tina, concealed behind a giant pair of sunglasses (when she removes them, Tina shrinks somehow). She’s very good, actually, far away from any other characters she’s put on screen (though I am by no means familiar with all of her roles). Danny specialises in acts nobody else will touch with a ten-foot clothes prop, he champions the underdog; the chick who plays water-filled glass tumblers, a blind xylophone player, a dancing penguin dressed as a rabbi, a one-legged tap dancer… ah, you get the picture. But Danny’s luck changes when an upsurge in all things nostalgic turns alcoholic lounge singer Lou (Nick Apollo Forte) into a sensation, on the brink of Caesars Palace stardom and the prospect of a huge TV special hosted by Milton Berle. But unbeknown to Danny, Tina has already been urging Lou to dump him and hitch his wide-load wagon to a higher profile manager, one with a few more moves and connections.

I think why Broadway Danny Rose feels bright and breezy is because Woody drops the self-examination and goes with straight comedy. Sure, there are themes of guilt and loyalty present but he doesn’t allow them to overbear. “I’m guilty all the time and I never did anything,” Danny says at one point – made me laugh anyway. Tina, naturally, doesn’t show a hint of guilt about her life – it’s a sign post to the coming rumpus. The film, really, is about Tina’s journey and to a lesser extent Danny’s effect on her moral compass; Danny himself doesn’t change, he’s still hanging out with his crazy clients at the end. They are his family. He’s not exploiting anybody here, he genuinely wants the best for them. He cares about them. Because of that, I forgave the punch-worthy motor mouth and the irritating mannerisms. It’s a switch, see; like the acts he represents, he’s our hopeless case and you’re hoping he gets his moment in the sun.

Allen and Farrow play off each other effectively, it’s entertaining to watch them devour the script and belt the words over a metaphorical net at each other – yeh, kind of a vocal-tennis rally. Apollo Forte I’m not familiar with but he’s okay as the crooner with a needy ego. Woody’s a whirlwind, blagging his way through one tight spot after another. But his best moment is silence. You’re that used to Danny’s manic persona that when Tina and Lou confront him after the singer’s successful gig at Caesar’s Palace and announce he’s being relieved of his managerial duties, I genuinely felt for him. In his silence, I felt bad for him. Woody, too, plays the scene perfectly. Months later, Tina’s regret surfaces; it’s over with Lou and over with some other guy she hooked up with… She goes over to see Danny to say ‘sorry’. He’s having a cheap and cheerful Thanksgiving meal back at the office with his crummy acts. Again, it’s a nice moment between Danny and Tina but somehow, I wish it had ended with Tina departing and nothing more. That felt right.

For a comedy, it’s probably not funny enough. It’s full of great lines but they come fast, feel as if I didn’t get a chance to savour some of them. But that’s always a hazard in a Woody Allen film; I recall not being able to breathe for laughing during Love And Death. I like it best when Woody gets stupid; the Mafia bloke trying to shoot Danny and Tina in a warehouse full of carnival balloons filled with helium, the three of them shouting at each other in squeaky voices – love it. Pinky & Perky voices are ace, it’s my favourite bit in Sphere as well as I’m sure it is yours… The ‘wriggling’ scene though is overplayed, I reckon, or over-wriggled if you will. I feel like I should be including more snippets of dialogue here but to do so would defuse the effect. The words run together, lines merge, it’s hard to pull things out and stand them alone. It really has to be experienced en masse. “The man has a khaki face.” See?

"I just dried my balls with that towel."

Y’know what, I haven’t got much to complain about to be honest. At 80 minutes it’s a swift and amiable diversion. Had I seen this instead of quitting after Zelig (which I like), I may have carried on a bit longer with Woody’s movies. Pleasant surprise, this.

I’m going with 3 Lounge Singers out of 5.