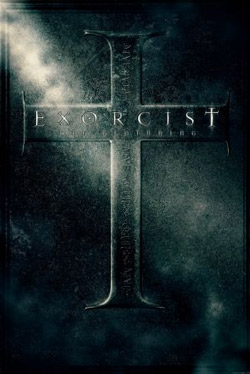 I’m not joking here, but I genuinely think that there is a serious case to be made for the last decade being the worst decade in cinematic history. Just going through the list of films released near my Birthday each year and I’m already four films in without anything that could fairly be rated as above average. For the love of Pazuzu, the 70’s of which I only witnessed 2 films had one classic and one excellent movie. Look at the rubbish I’ve sat through- seriously: Bring it on= crap; Heartbreakers= crap; S1m0ne= good effort, but fails; My Boss’s Daughter= utter crap. So will 2004 break the cycle with the long-awaited Exorcist Prequel (well, the second attempt at the long-awaited Exorcist Prequel)?

Advance warning: I’ve gone a bit picture happy, and there is an enormous spoiler in this review that I’ve got to blow, sorry, so if you care, don’t read this.

For a start, who, precisely, was baying for an Exorcist Prequel? The 25th anniversary re-release of the original Exorcist did indeed go down a storm, but I recall nobody saying, coming out of it, “You know, we really need to know about Father Merrin’s experiences in Africa.” I call this George Lucas syndrome. Anyway, some suited genius clearly thought the world needed another one, and more importantly, clearly didn’t understand why Friedkin’s original is one of the classics of the genre and, arguably, any genre. Incidentally, I give the original Exorcist a rock-solid 4 Changs out of 4. On the Anniversary DVD that I’ve got at home, Ellen Burstyn tells a story based on a legend that if you show the Devil’s representation, then tragic events will almost certainly happen. In their case, it was a number of deaths related to the cast and crew (all of which can be dismissed as coincidence). In the case of this, I don’t believe that anything bad happened to anyone involved in it, because, frankly Exorcist: The Beginning is utter tripe. Maybe Satan gave them toothache or something less than critical and more fitting to what they’ve done.

Originally conceived with John Frankenheimer at the helm, with a script supplied by William Wisher Jr. Exorcist: The Beginning looked to be sunk completely when Frankenheimer walked off. Not to be deterred, Morgan Creek hired Paul Schrader to turn in a film. His version, proving once and for all that the suits didn’t understand the original was, in his words, a psychological horror film. This, apparently, didn’t contain anywhere near enough blood and gore for the cretinous producers, so they fired him and hired future Astrodykes v Werewolves on the Moon director Renny Harlin to pump up the bloodshed. Harlin reshot the entire film (almost none of Schrader’s version made it here), amped up the gore to 11, and handed his completed version in to the suits. Entitled Exorcist: The Beginning, the final (and presumably wildly over-budget) effort was released to almost universal indifference. Horrified at this, Morgan Creek decided to try to hedge their bets and released Schrader’s version under the title Dominion: Prequel to the Exorcist on DVD. 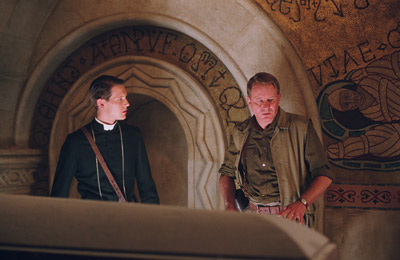 Exorcist: The Beginning (although it obviously isn’t the beginning of the story) is about fallen priest Lancaster Merrin (Stellen Skarsgard). He’s lost his faith, due to appaling events in the war which are revealed in flashback) and become an archaeologist. Summoned by the Catholic Church to Kenya, Merrin begins excavation and starts to unwind the mystery of the place aided by James D’Arcy’s Father Francis, Izabella Scorupco’s local medic and other local characters such as Alan Ford’s Jeffries. Events take a turn for the worst when local boy Joseph (Remy Sweeny) is posessed and Merrin must uncover the truth before performing the inevitable Exorcism. 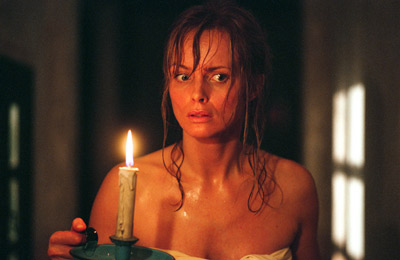 This film is terrible. I want to be more concisely critical about it, but I’m sorry to report that Exorcist: The Beginning is a boring and aggravating mess. This may be completely understandable due to the protracted mess that was its genesis, but really, it’s an almost incomprehensible mess. The plot has too many strands to tie up properly, and is trying to deal with too many central themes. I was thinking about this, and I honestly think it makes no difference to the film that Merrin has renounced his faith- aside from adding in some artificial conflict about whether or not he will perform the climactic exorcism. I’ll give you a clue, writers, on the basis that The Exorcist exists, and we know his first exorcism took place in Africa from that film, it’s highly unlikely that he’s going to throw in the towel and say “Fuck it, no point. Where’s the pub?”. This is an artificial and wholly unsuccessful attempt to inject conflict into the film.

The point being, that doubt could easily have been injected into the film. There’s the very fetching form of Scorupco at hand, and she’s just the woman to lead Merrin off into temptation. That this artificial crap with the Nazi’s took place to force the father to confront and therefore regain his faith is an epic piece of over-writing. Furthermore, the film would be far more successful if he was battling with temptation rather than constantly moaning about how he isn’t a priest anymore. Which, by the way, is especially grating when he confronts Ben Cross’s Semelier who has been touched by the Devil. 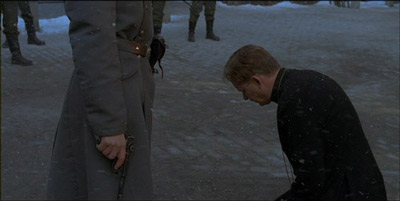 Which brings me on to the second problem with the film. The performances. Skarsgard is on screen almost all the time, and while he’s probably just the man to take Max Von Sydow’s role, he almost seems half asleep and his English Accent reminded me of Russel Crowe’s in Master and Commander. This isn’t necessarily a bad thing, but it was all growls etc, and totally lacked the air of academia and resolute will that Von Sydow had. He also seems to struggle to portray the internal conflict that Merrin is meant to be suffering. To be fair, he’s at his best during the Nazi scene (horrendous scene, this one), and as a result, it’s an effective but unnecessary moment. Scorupco looks nice, and that’s all we really want from her, while Cross is good as the nutter, Sweeny surprisingly strong as the child, and Ford is OK as the slimebag. 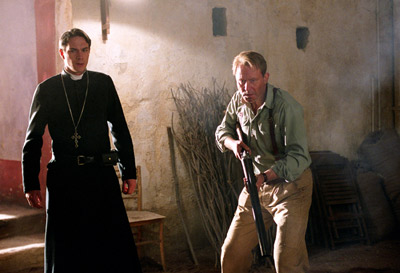 Then, and this is my big problem with the film, it finally winds up to the Exorcism sequence. Merrin has twigged who actually is possessed (hint: despite what the first film clearly said, not the boy), and ventures into the catacombs to clean up. Whereupon he gets attacked by a fucking deadite. Remember the exorcism in the original, how tense and creepy it was? Well, kiss that goodbye. Instead we’ve got Merin fending off a zombie that says hilarious things like “You want to stick your big round cock up her juicy arse”. Which he does, by the way, but that’s neither here nor there. I can only presume that there weren’t any choirboys to hand. There’s no tension and the scene is just a protracted and boring effort watching Merrin fight the corpse of Spidergirl.

The effects as a whole, actually, are laughably bad. The Hyena effects in particular are terrible, and the various contortions done by Possessed Sarah reek of CGI. The gore was so extreme in a few places, actually, that the MPAA threw a shitfit, but Harlin isn’t exactly the man to do things by half, so when asked to deliver blood and guts, he threw in the whole butcher’s floor. Having said that, though, the opening shot with the decimated battlefield and the priest is absolutely stunning, and the Nazi sequence is supremely well handled. Pity about the rest of it. 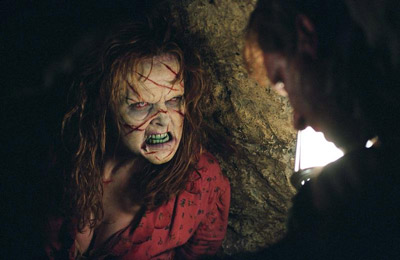 Overall, I could go on and on about this film. However, as I’ve already written 1400 words, I’m going to draw it to a close. Exorcist: The Beginning is a terrible film, it’s not entertaining and it’s painfully overwritten. What this is, actually, is a clear case of a bad brief being handed out to the creatives. The original Exorcist was not a gorefest, and to try to capture that spirit in a prequel that, er, you’ve made into a gorefest is to miss the point utterly. I don’t recommend that anyone wastes their time with this, because it’s lousy, but the odd moment ensures that it at least scores a rating. I give Exorcist: The Beginning 1 Pazuzu face peering out of the gloom out of 4. Rubbish.

Next up, things don’t get any easier for me as I sit through the piss-poor Descent-lite The Cave. 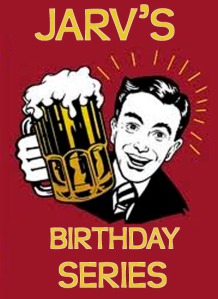