Who remembers the time before the all-conquering comic book movie? Seriously, this isn’t as strange a question as it sounds, but back in 1998, the only funny book adaptation for ages had been Batman. Marvel had tied themselves up into some lunacy with crossover story lines and clones and some such, and Batman and Robin had died in a major way a few yeas prior. Against this backdrop, a promising British Special Effects person was handed the directing reins on a minor Marvel adaptation: Blade. It was released on 21st August 1998 in America, and it is no exaggeration to say that Blade remains in the top 5 comic book adaptations to date. For the sake of argument, in my opinion the rest of that list is Superman: the Movie, The Dark Knight and, er…

Well, you get the idea. As a rule, comic book films tend to be mediocre to shit, and the massive amount of them simply means that we are exposed to a lot of dreck about fools in badly fitting tights disguised as cinema. Incidentally, and not related to anything else, why is it so damned hard to make a good Hulk movie? We’ve either got one that thinks it is a Greek Tragedy with a constipated Chinese Hulk with Daddy issues who fights a cloud, or one that thinks it, well, I’m not sure the word “think” is applicable, but this Hulk comes complete with a moron Hulk who fights a dinosaur while suffering from erectile dysfunction. Neither of these are any good. 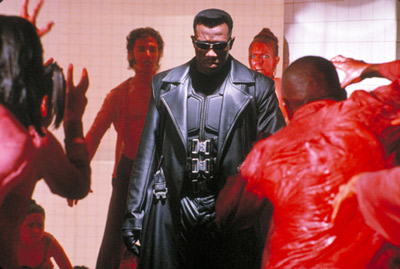 I’m not even certain that Blade qualifies as a superhero movie. I remain almost entirely convinced that Stephen Norrington wasn’t making one. He’s clearly making a horror/ action hybrid about a half-vampire (fairly common, this idea) that kills other vampires. Blade is up against Stephen Dorff’s Deacon Frost, a calculating bastard with a chip on his shoulder, and assisted by Kris Kristofferson’s Whistler, a curmudgeonly old grump with an impressive working knowledge of weapons. Blade struggles against his thirst, and takes serum to combat it, and spends his nights fighting the vampire hordes. Frost, meanwhile, is working to overthrow the “pure bloods” and resurrect the blood god for himself. Assisting Blade is N’Bushe Wright’s doctor, who exists purely as a window into this world for the audience.

This film, from the first major scene to the last, kicks Don Murphy sized arse (nice to see that the fat man, or Blubberella, has been given a cameo here). Wesley Snipes is cooler than an Inuit nudist’s nipples, playing the strong, silent type with some aplomb. Kristofferson has fabulous chemistry with him, and the exchanges between the two of them are a real highpoint to the film. Wright is a bit of a wet blanket, but her character exists solely as an exposition funnel. Dorff puts in a career best performance here. Watching him strut his stuff as Frost really makes it all the more surprising that he hasn’t had more high-profile roles. He’s great being cool, callous and savage when appropriate.

There’s so much I love here, from the opening scene with Blade’s birth to the first major set piece set in the club where blood pours down from the sprinklers leaving a poor, trapped douchebag completely confused and at the mercy of the vampire horde. This scene is epic, and on a personal level, I remember being in a club in South Africa on a small amount of drugs when they opened the ceiling to let the sun in. It actually played out almost exactly like here, with the music rising in a crescendo before right at the peak they banged the sprinklers on. Obviously, not totally like here, as there was a suspicious lack of blood, vampires or cool black guys with elaborate weaponry, but you get the idea. The other various set pieces in the film are all a high level of ass-kicking punctuated by superbly choreographed moves and wonderful dialogue (including the “Some motherfuckers are always trying to ice skate uphill” line). 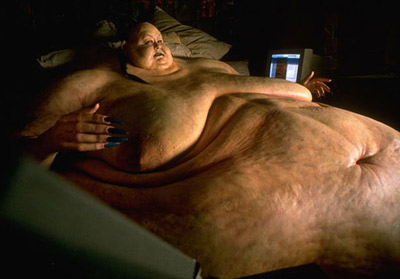 Blade introduces a clear and highly complicated world that lurks just below the surface, and allows the audience to develop their knowledge via Wright. This means that when there is exposition, such as when Blade is explaining the concept of the familiar, it’s not forced on the audience in one long and boring hit. Want to know what the Book of Erebus is that forms a major part of Frost’s plan? Well, no bother, because Whistler tosses the information off in one sentence without breaking the flow of the scene. Need to know about Pure Bloods and the vampire hierarchy? No problem either, Frost explains it as simply as possible. All of this exposition, because it comes in fragments, is very, very easy for the audience to swallow and therefore it is simple to suspend disbelief. 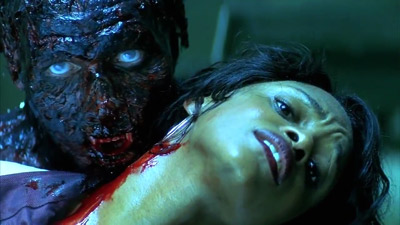 Blade is also an incredibly cool film. Norrington, before he got Murphed (From the Oxford English Dictionary, Murphed= Verb, when you fall into the bacon-stained clutches of Jabba the Hutt’s stunt double and your career is destroyed in a fallout of meat sweat and talent vampirism) was on rare form here. He’s full of stylistic quirks that aren’t intrusive (time-lapse photography, and fast-forwarded sections noticeably during the opening), but best of all, knows how to shoot action properly (i.e. with the camera held still and not jammed up the characters’ noses). In a film as action heavy as Blade, that’s a real bonus. Pity he screwed the pooch with LXG, really, particularly given how cool the vampire effects are here. 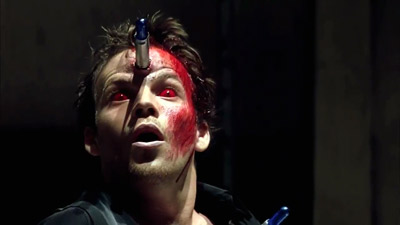 Overall, this is an epic film. It’s just massively entertaining from start to finish, and despite the good second film, may well be my favourite of the trilogy. Blade is a film that I look back at with fondness, and one that stands up, spits out a cool line and then cock punches those comic book movies that want to be something more (looking at you Hulk). Blade makes no bones about its pulpy nature, this film is about the fun and the violence and frankly it’s one I strongly recommend. I give Blade three and a half cool vampire slayers out of four, and, were it not for the slightly ropy Blood God effects at the end, I’d be seriously considering a maximum.

Next up is the utter shitfest Teaching Mrs. Tingle. A film where Helen Mirren’s Mrs. Tingle tries very hard to teach Katie Holmes about acting, and oh-so-nearly succeeds.