This film came under the heading of “pleasant surprise”. I’m including it here, because it does merit discussion, and it has been shockingly overlooked. Maybe it’s the subtitles or something, but for the life of me, I can’t think why this taut little thriller (inaccurately billed as a horror movie) is being ignored. It’s fascinating actually, the process by which films come to receive a wide release, and I have to admit that my fascination in it is partially based on my lack of belief and understanding as to why certain films get the nod and certain others get the shaft. Still, though, Fermat’s Room has an absolutely glowing review from Phillip French in the Guardian, but even that wasn’t really enough to bring it the attention that it warrants.

This is an astonishingly simple little film. Think Ten Little Indians, but with fewer people, complicated puzzles and a nightmarish trap. It works like this: 4 prominent mathematicians are all sent a puzzle to solve, they all (one through a fluke) manage it, and so are invited to a jolly in the middle of nowhere to be hosted by happy fat man “Fermat”. He’s called away on an emergency, and then the games begin. It’s swiftly apparent that the doors are locked, and they are presented with a series of puzzles (some are famous, some are not) that they have to solve in record time to prevent them being crushed to death as the walls are shunted in by big hydraulic presses.

Our 4 protagonists are Lluís Homar as Hilbert, an elderly (a tad pompous) chess master and maths genius, Alejo Sauras as Galois, a young prodigy that’s solved Goldbach’s conjecture, Elena Ballesteros as Olivia, and Santi Millán as Pascal. Each of them  has achieved renown in the field of mathematics- with Galois having a working demonstration of a Goldbach’s conjecture: Every even integer greater than 2 can be expressed as the sum of two primes. Quite how you prove this, given that numbers are literally infinite, is beyond me, but hey-ho, I’m not a mathematician. As the plot thickens it becomes apparent that all 4 characters are linked to each other or Fermat himself, and eventually the villain is revealed and the escape effected.

This is a really good little film. It’s a strange hybrid of Cube and Saw without the gore of either, and as the walls start to come in the tension really starts to mount. Furthermore, the characters are all likable, which makes a pleasant change in these types of film, and although the links between them are both obvious and if stated solve the whodunnit instantly, it isn’t hard to suspend disbelief for them. It’s pretty easy to forgive Olivia, for example, for hiding her link as it is both extremely compromising and highly embarrassing. Secondly, the puzzles themselves are intrinsically fascinating and on more than one occasion I found myself trying to solve them in my head before the characters managed it on the screen. 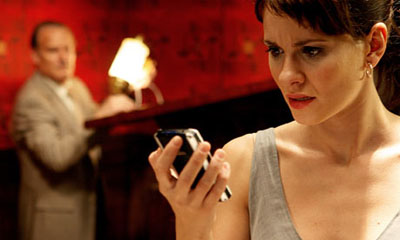 There’s also a strong element of intentional humour running through the film- but this works to the benefit of the characters, and doesn’t distract from the plot. For example, Pascal and Galois deduce that it may be possible to stall the presses by using the items in the room. To which Pascal says “There’s only one way to find out”, and Galois (brilliantly) starts trying to work the maths out on a black board. The look of “you cretin” on Pascal’s face is absolutely golden. Which brings me neatly round to the acting. All of these actors are clearly accomplished, but performance of the film goes to Homar- he’s a blustering, pompous, tit with a core of solid steel. It’s a fantastic turn, and as he has easily the most complicated character it’s a credit that he comes out best in this.

This is a tough review to write without spoiling, and this really is a film you should see “clean”. So, as a result, this is going to be an extremely short little review. Nevertheless, there are some problems with the film. The first is that while for the most part suspension of disbelief isn’t that difficult, there are a few moments that literally induce an eye-roll. The first is the relationship between Pascal and Fermat (which stretches credulity beyond breaking point) and the second is the relationship between Olivia and Galois. The second is the more annoying of the two, because it appears out of the blue, and there is no way that these two characters would behave the way they have been towards each other for the rest of the film. Finally, and this is the kicker, the identity reveal is so easily worked out and so obvious that it’s astonishing that a room full of geniuses couldn’t crack it sooner.

I’ve also heard some inexplicable moaning about the subtitles being in the wrong font or some such. Ignore that. 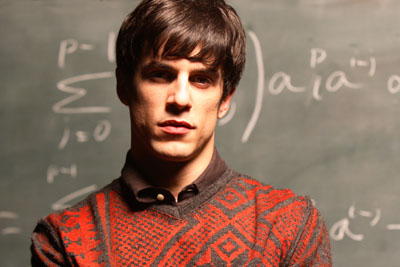 For a debut film, it’s very hard to criticise Fermat’s Room. It’s assured, for the most part well written, and downright tense. Writer/ Directors Luis Piedrahita and Rodrigo Sopeña deserve huge credit for this, and Fermat’s Room is a thriller that actually thrills. Assured, tense and never boring, Fermat’s Room is worth a little of anyone’s time and though it does stretch things on a few occasions, it never squanders the good will it’s earned. Recommended.

21 responses to “The Underrated: Fermat’s Room”