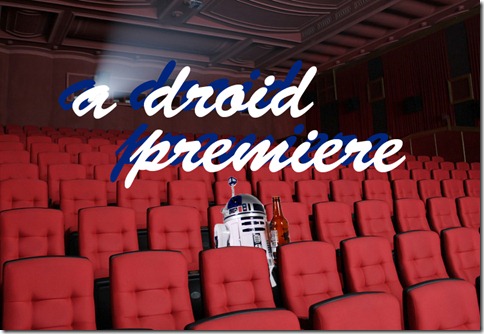 I can’t say I expect much from Marvel movies now. The first in the new “Marvel Studios” production line, ‘Iron Man’ proved to be an entertaining surprise (upon first viewing) at the cinema in 2008. The new studio was off to a promising start. But just two months later that promise came crashing back to earth in the shape of a giant green steroid freak in stretchy pants, with the release of ‘The Incredible Hulk’. That film firmly established the trend. Marvel Studios will be dumbing their movies down for the masses, with little attempt to create bold, challenging and satisfying stories. In short, their game plan is to play it safe.

This trend was followed by the sheer boring blandness of ‘Iron Man 2’, which focused more on establishing periphery characters for an Avengers movie, than on creating a worthwhile, satisfying follow-up to the original film. With the ground rules in place, and my expectations checked, I ventured to the cinema to see ‘Thor’. 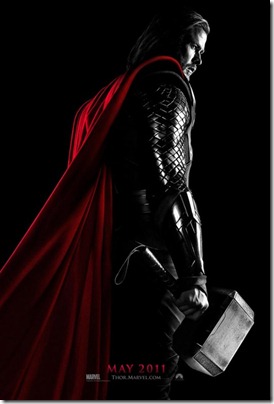 Thor (Chris Hemsworth) is the God of Thunder and the first in line to the throne of Asgard. Alas, the mighty Thor is brash and thoughtless, and recklessly pokes the Frost Giants of Jotunheim (led by an unrecognisable Colm Feore) with a stick until they understandably get really riled up (well, he bashes their heads with his hammer, which is just as annoying to a Frost Giant). For this, King Odin (Anthony Hopkins) strips Thor of his powers and banishes him to earth, along with his hammer, which is stuck in rock and can not be moved until such a time as he becomes a worthy successor to the throne. After crash landing in New Mexico, Thor is found by Jane Foster (Natalie Portman) and Erik Selvig (Stellan Skarsgard), conveniently located scientists studying something or other. Fish out of water jokes and SHIELD related developments ensue (including an after the fact cameo from Jeremy Renner that sticks out like a sore thumb). Back on Asgard, Thors brother Loki (Tom Hiddleston) learns the truth of his lineage and sets about creating mischief and whatnot. After a bunch of fistfights, a little romance, and a showdown with a giant robotic flame thrower called Destroyer, Thor learns how to be a better God of Thunder, gets his worthy back and buggers off back to Asgard for a showdown with little brother.

Thor is a stupendously dumb film. It’s boneheaded and clunky, with the story lurching back and forth between Earth’s fish out of water comedy and Asgard’s Shakespearean pretensions. The romance between Thor and Jane is so chaste it makes the FT’s Letters to the Editor seem like Penthouse Forum, and SHIELD (Clark Gregg and a bunch of dubious looking blokes in dark suits and sunglasses) continue to be the most obvious and inept “secret government organisation” since CONTROL. Their entire function in the film is to show up, put plastic tarp around the hammer and get repeatedly punched by Thor. There’s also the case of the Warriors Three, Volstagg (Ray Stevenson), Fandral (Joshua Dallas) and Hogun (Tadanobu Asano), and Thor’s bestest, totally platonic mate Sif (Jaimie Alexander). Despite showcasing solid skills in asskickery earlier in the film, they show up on earth only to get thrown about by Destroyer. Although their arrival in town does provide the film with a couple of good jokes, I wonder why they even bothered making the trip. And the details surrounding Loki’s intentions remains murky. But to mention it here would be venturing into spoiler territory, so I will let that one get discussed once people have seen the film.

Boneheadedness aside, Thor does work. That it works as well as it does, is down to two major reasons. The first is that director Kenneth Branagh and the screenwriters (a bunch of them), recognise the fundamental stupidity of the entire concept and play it fast and loose. The films earthbound scenes are filled with gags. Physical gags like Thor getting tasered, along with jokes about facebook and ipods. Some jokes work better than others, but the overall levity that Branagh and Co bring to the film goes a long way to making Thor entertaining. Over in Asgard, Branagh holds back on the humour while he plays out the family drama in broad strokes. Odin is virtuous while Loki is devious. A puddle has more depth than the characters in this film, but if you want Branagh’s Shakespeare you can rent Henry V or MacBeth. Where Branagh is also successful is making the film aesthetically pleasing to look at, while staging the action with a mostly clear visual style that makes it easy to follow. Asgard is opulent and grand, and New Mexico is, well, dusty and dry. There’s not a great deal you can do with that, so Branagh does the only thing he can. He sets an entire scene in the rain. Fair enough. During the action scenes the camera frequently stays far enough back for us to understand the geography of the fight. A welcome change from the recent “in the middle of the action” shaky cam trend. Good job, Ken.

The other real reason that Thor works is Chris Hemsworth. He clearly understands the tone Branagh is going for, and delivers the performance that this film required. He’s a big bloke, built like a brick shithouse, so the physical requirements of the role weren’t of concern. He accomplishes the difficult task of providing light comedy relief without ever relinquishing the air of an imposing superhero. But his most successful achievement is selling the underwritten character developments the film’s plot is based around. Namely the almost instantaneous and largely unprompted arc that sees Thor change from unworthy, brash, reckless and selfish to worthy, slightly less brash, mildly less reckless and unselfish. For this, along with the woefully underwritten romantic subplot, which he and Natalie Portman manage to sell through sheer good humour, Hemsworth should be commended.

Because Thor is trying to introduce the character and believably place him in the same universe as Tony Stark, Bruce Banner and Steve Rogers, the film is overstuffed with plot. Because of this, and the fact that the film is (thankfully) under two hours, a lot of the characters are underdeveloped. Of the other performances, all underwritten, the stand out’s are Hiddleston and Hopkins. In their brief scenes they manage to create surprisingly strong characters. Hopkins has been guilty of phoning in performances in big budget movies in the past (Bad Company for example), but here he gives a good performance from very little. And Hiddleston lets the scheming of Loki sit just under the surface, not going over the top and making him the obvious moustache-twirling villain. Both benefit from the fact that the scenes on Asgard are infinitely more entertaining and interesting than the ones on earth, being as they are the scenes that feature family drama and devious skulduggery as opposed to wisecracking Kat Dennings and expositioning Stellan Skarsgard.

If you keep your expectations moderate, Thor is a fun movie that just gets over the line by virtue of the strong direction of Kenneth Branagh and the pitch perfect performance of Chris Hemsworth. The film completes the main goal of Marvel, which is to set up the character for the Avengers film. But if they do make a sequel to this film, I hope it’s a non-earth based adventure that further explores Asgard and the Nine Realms. I hereby bestow Thor with a rating of two and a half hammers.