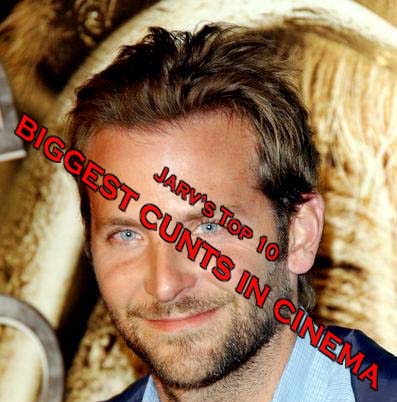 Because I’m in what could charitably be described as an evil fucking mood today, I’m postponing the planned review of Starship Troopers. Instead, I’m going to put up 10 of the biggest, most unpleasant, most obnoxious cunts in the history of cinema. I’m going to try to not hit the obvious nominees here and instead provide a good cross section of the obnoxious, the weaselly, and the base characters that populate cinema.

So buckle up, this one’s going to be rough.

This is one fucking toxic bitch. Probably Kidman’s best performance, and it is a good performance, but unfortunately this evil witch is one of the least likable people ever put on screen. With a towering sense of ambition, almost no discernible talent and a sense of scruples that would make even politicians blush, Suzanne is determined to use any/ all means at her disposal to climb the slippery ladder to stardom. Quite why this involves sexually manipulating three stupid kids into killing her husband (who has been nothing but a nice bloke) is a mystery that only the cow herself knows. Loathsome cunt of a woman, who frankly deserves everything that comes to her.

Some people are born to cuntishness, and some have cuntishness thrust upon them. Leo is one of the former. Arguably the least funny piece of comic relief in cinema history, his insanely annoying cuntishness knows no bounds. Not only is Leo an aggravating cunt, but he’s also an extremely stupid cunt who’s graceless presence practically sinks every film he’s in. The fact that he only exists as a form of cheap humour (HA HA HA THAT’S IT, WRITE PROCTOLOGICAL EXAM ON LEO’S CHART MEL, THAT’S HI-FUCKING-LARIOUS) and seems to be almost completely oblivious to how irritating he is, while every other character is fully aware that he’s a douchenozzle, just aggravates me intensely. Of Course, Leo isn’t alone in being a complete cunt in Lethal Weapon. He’s ably helped out by a whole host of characters, from Patsy Kensit’s dismal shopping antics, through Chris Rock, the films are stuffed full of characters that you wouldn’t cry over if they fell down a lift shaft. However, even up against such stiff competition, Leo still manages to come away with the honours, and that’s simply because he’s a prize cunt.

Robin Williams has more black marks against his name when it comes to comedy than almost any other actor. I debated which of his evil roles to put in on this, as I could quite easily have gone for Father’s Day, but in the end I had to go with this. If I were unlucky enough to be ill in his hospital and he came in in and attempted to heal me through what passes for his “comedy” antics, then I have to say that I think I’d smother myself to death with a pillow. Laughter may be the best medicine, Patch you cunt, but it’s only effective IF YOU’RE ACTUALLY FUNNY. You, sir, are not funny. You are, in fact, a complete and utter cunt.

I fucking love The Princess Bride. It’s one of my favourite all time movies, and I do appreciate that Prince Humperdink is the villain of the piece, but what a marvellous villain. He’s mendacious, slimy, and a sadistic bully, but what elevates him so high up the list of cinematic cunts is this:  he’s also a complete coward. When The Dread Pirate Wesley threatens him with “to the pain” what does he do? Shits one and allows himself to be captured. You, Humperdink, are a pussy and a cunt.

Mother of God, what a cunt. Dr. Carl Hill is a talentless plagiarist that has sleazed his way high up the medical establishment. He’s also got a boner for his mate’s daughter and a sadistic streak a mile wide. Not content with being an obnoxious, thieving, bullying cunt in life, he’s the only character on this list that manages to also be an obnoxious, bullying, perverted cunt AS A ZOMBIE. This really is quite an achievement.

You horrible, dirty, deceitful witch. Who in their right fucking mind would dedicate a lifetime, and their body, to marrying  some poor oblivious bastard as an acting gig? How utterly mendacious do you have to be to do something like that? Considering that poor old Truman is a pawn in the ultimate freakshow, to be willingly complicit with shafting the poor fucker for the entertainment of the great unwashed is almost beyond reprehensible. Meryl is a vile, obnoxious cow and truly an A grade cunt.

4) Scarlett O’Hara- Gone with the Wind

Shocking piece of news this: I don’t like Gone with the Wind. Why don’t I like Gone with the Wind? Easy, because it’s a three hour ode to a dreadful cunt. Scarlett O’Hara is a spoiled, greedy, dirty slag that spends the entire film stealing men off her sister and using her well-used cooch to attract idiots (who are inexplicably not able to spot a walking STD) for personal gain. When Rhett says his famous final line “Frankly my dear, I don’t give a damn” my only thought is “neither do I, but I do wish you’d come to this conclusion a couple of hours ago”.

Fuck her.  The only solace I take is that she’s blatantly going to turn into Blanche Dubois as she ages and has to turn from being an amateur whore to a pro.

Carter, Carter, Carter. Not content with being a futuristic pole climbing corporate toley, he’s also a murdering pole climbing corporate toley. What a bastard. Paul Reiser, in the only moment of his entire career that doesn’t suck, is outstanding as the oily bastard, and his comment that although he may be responsible for the deaths of all the colonists, the marines and landing them all back in the soup it isn’t his fault and shit just happens- “I made a bad call”. You certainly did, you cunt, how about some remorse? As if he hadn’t been cuntish enough, his final act of the film is a dismal attempt to save his own pathetic hide by, er, locking Ripley and the Space Marines in a room with the Xenomorphs. Unfortunately for Burke, he didn’t realise that he’d also locked himself in another room with an angry alien. For being a dirty, slimy, greedy, cowardly and stupid cunt, Burke really does deserve his place on this list, but I’ll let Ripley sum him up: “You know Burke, I don’t know which species is worse. You don’t see them fucking each other over for a goddamn percentage.”

This is a well documented example of cuntishness. Trying to sell out John McClane to save his own worthless hide is prime dickhead behaviour. Having such an completely unjustified sense of his own ability that he thinks he can reason with a terrorist makes it worse. What was it with the 80’s and the plethora of cunts thrown on to the screen? Anyhow, even aside from the above two gigantic character flaws, the real nail in the coffin of his character is that he’s just so god damned slimy. Who doesn’t cheer when Gruber plugs this cunt?

Die Hard also sports Richard Thornburg, another weapons grade cunt, but as I limited myself to one cunt per film, it seemed only fair to give the gong to one of cinemas most hateful human beings.  Harry Ellis- a Massive, Massive Cunt, and one that you’d never tire of punching.

Ready? Next up is the biggest cunt in the history of cinema, and one that’s very often overlooked in lists:

I was originally going to include Don Murphy in this, but he’s the fattest cunt in cinema, not the biggest. I will concede though that he’s the only cunt that can be seen from space. Talking about space, has there ever been a bigger cunt than Obi Wan Kenobi? Seriously, let me count the ways that he’s a cunt:

For being a dirty, lying, incompetent, arrogant, twisted, and useless fucking lazy tosser, I nominate you, Obi Wan Kenobi as the biggest cunt in the history of Cinema.

That was fun. I’m going to come back to these lists every so often, so until then,