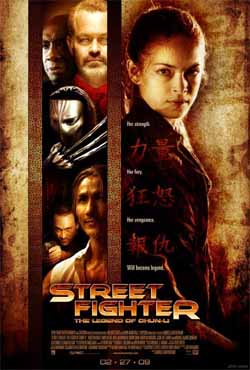 Well, I’ve picked this film as part two for a reason, and that reason is that it neatly illustrates one of the consistent problems with adapting video games to the screen. I’ll go into this in a minute, but first, let me just say that Street Fighter contains one of the most awful performances that I’ve ever seen, but more importantly it also contains one of the most mindblowing performances ever put on camera, and it’s this staggering turn that makes this film worth watching.

Street Fighter is probably a game that shouldn’t really be adapted (same goes for Mortal Kombat, Tekken and DOA) because it’s basically a fighting game. As such, there’s only the flimsiest pretense given to characterisation because playing the game is basically about getting your avatar to pummel the pixels out of another avatar. Who really gives a fuck about  some bullshit story when all you really want to do is mash the buttons to make your character pirouette 25 times before landing a flaming leg kick on the other mug’s head. It’s this problem that anyone adapting a fighting game has to deal with. In the case of the first Street Fighter (a film I’ve got an inexplicable soft spot for), they shoe-horned as many of the characters in as possible and hung the film on some daft military storyline. It didn’t make a lick of sense, but nevertheless, it was daftly enjoyable.

This time out, the decision was made to pretend that the first film didn’t exist. To that end, this is a completely “new” story focusing on Chun Li, the Chinese kicking girl. There are only a handful of characters from the game and all of them have been given “new” backgrounds and whatnot. This, actually, is a neat way to get round the whole “lack of story to adapt” problem. If in doubt, simply ignore it altogether and turn out something that bears no resemblance at all to the game, but is instead a fairly generic action film type plot- there isn’t even a tournament in this.

We’re introduced to Chun Li right at the start of the film. Daddy wants her to be a concert pianist (yes, I know) but they really bond over their shared love of martial arts (convenient). Daddy is kidnapped by the dastardly Bison, played by Neal McDonough, who is apparently a Thai crime boss despite been about as Thai looking as Arnold. In fact, the Austrian Oak does actually look a bit more Thai than Neal, given that he does actually have brown hair. Anyhoo, he’s a bit of a bastard, and condemns poor old Chun Li to a life of daddy issues and growing into the not-at-all-Oriental Looking Kristen Kreuk.

Fast Forward a convenient number of years and enter Charlie Nash, intrepid Interpol agent. He’s seconded to Moon Bloodgood’s unconvincing Thai police department investigating the shadowy cartel that’s driving down house prices in Bangkok. Bastards! Not the house prices! As an aside, why is it that so many movie villains basically have crappy Real Estate schemes? Come on, people, have some scope. For reasons too incomprehensible to go in to, Chun Li must leave her life of comfort behind and go slumming it in Bangkok (about as convincingly as any other blatantly Western backpacker) in search of the shadowy Gen (played by a very confused Robin Shou). Gen, apparently, used to work for Bison, but turned away from him, probably due to boredom and confusion at the frankly weird “innocence transfer” background given to Bison.

So, they train and they train and eventually Chun Li turns into a ninja or some such and the film culminates in a frankly bizarre gunfight while Nash runs around like a headless chicken desperately searching for a clue.

Is Street Fighter: The Legend of Chun Li a good film by any reasonable measure of film making? No, it’s fucking terrible. The script is atrocious, the fighting lame, is completely inconsistent, it makes no sense whatsoever, and Kreuk is a complete black hole of interest in the lead, while McDonough is a terrible antagonist. It’s just an absolute shambles. However, is Street Fighter an enormously entertaining film? Yes, absolutely, and there’s one man to thank for that: Chris Klein. Michael Clarke Duncan seems to be having a huge amount of fun as Balrog, and Bloodgood is downright fucking hilarious as a completely unconvincing cop, but none of them hold a candle to Klein. This is a spellbinding turn of utter incompetence. He’s clearly convinced that he’s in Miami Vice or some such, spitting out ludicrous faux-hard bitten dialogue and glowering at the camera, the other actors and anywhere apart from where he is supposed to be looking. Check the scene where he’s staking out Bison with  Bloodgood in the car. Nash thinks that Bison has spotted him (despite their being any evidence whatsoever that Bison knows him from Elvis) and so his solution is to jam his tongue down her throat. Most actors kind of fake this, but not Chris- he’s in there on a full face chomping experience. Once they split up, Nash then brilliantly shrugs and says “Had to be done” as if this is recognised Interpol procedure. The man’s a genius.

Overall, this is clearly a shitty film. However, if I hadn’t reviewed it for this series then I would have done so for the vault because it’s quite monstrously entertaining. It’s incompetence on a grand scale rescued by Klein and as such I give it 2 Changs. Were he not so clearly fucking demented with a weird kind of neo-mullet (it clearly wants to be a real mullet, but it’s a bit ashamed of itself so isn’t grown out properly) then this film would be borderline unwatchable. As it is, I actually recommend this, but for the love of the Flying Spaghetti Monster get drunk first.

Final word to the man himself: 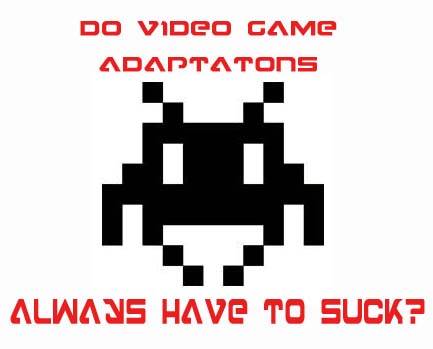