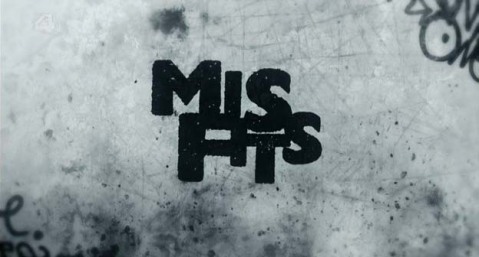 That about sums up my feelings for this episode.

I’m struggling to review this episode fairly as it’s just so uninspiring. The complaint levelled at Misfits is that it’s basically Skins with superpowers- Channel 4 trying to do their whole “youth” thing and be as “hip” and “on message” as they possibly can be. Which basically means “create a drivelly soap opera full of young pretty people and stuff it with loads of sex to disguise the fact that it’s basically Hollyoaks”. I’ve always said that Misfits isn’t like this, and defended it far more than is necessary, but this is the first episode that unequivocally falls under that description. 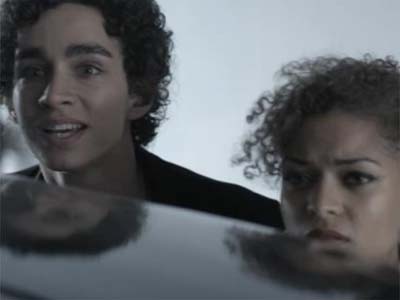 It’s all fun and games for our Misfits. Simon (Iwan Rheon) has met a “nice” girl in the leisure centre, except Nathan (Robert Sheehan) doesn’t trust her because he’s convinced that she murdered him. He was murdered, sure enough, and he did deserve it (best line of the series, actually, “And you wonder why people keep killing you”) but she didn’t do it. I know that technically qualifies as a spoiler, but it’s so fucking obvious who the killer that it makes no odds that I’ve spoiled it. In the meantime, Kelly (Lauren Socha)has hooked up with a guy called “Bruno”- in a virtual retread of the absolutely fantastic second episode of last series with disastrous and revolting consequences (even if they aren’t as funny this time round). While all this is going on, Nathan and Alisha (Antonia Thomas) are watching out for Simon and Curtis (Nathan Stewart Jarrett)  is busy shagging Ruth Negga’s Nikki.

Well, this was a bit of a waste of time, actually. The whole Kelly+Bruno plot was just a repeat of the Nathan episode from the last series but with an even sicker twist and a fraction of the comedy. Frankly, Lauren Socha, while in possession of a hugely impressive set of juggs, doesn’t have Sheehan’s comic timing, and the scene wasn’t played for laughs either- it was meant to be poignant, but was actually a bit gross. 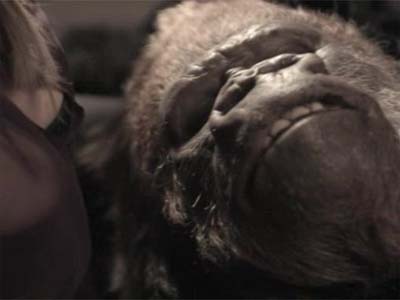 No Bando, this is not A*P*E. It's something far sicker.

However, the real problem with this episode was that it felt like filler. There’s only one episode left in the series, for fuck’s sake, and only 6 episodes per series so there should be no filler episodes. All that happened was Alisha mooned after Simon making puppy dog eyes at him, Nathan was a prick every now and again, and there was a lot of shagging- Curtis and Nikki, Kelly and Bruno, Curtis and Nikki again, Simon and new bird, Kelly and Bruno again, and so forth. This, E4, is not an acceptable substitute for a plot, particularly a superhero series.

It’s frustrating this, because on almost every level Misfits Series 2 is polished, and reasonably diverting. It’s unfortunately a gargantuan let down, particularly in comparison to Season 1. It’s clear now that there’s no arc for the series, instead being effectively monster of the week, and it does feel as if it really misses the dead probation worker plot from the last series that tied it all together. As much as I regret saying this, particularly considering how badly the whole storyline was handled, they should have held off on the reveal for Superhoodie- as that clearly felt like the overarching story for the series and this episode floundered. The writers thrashed around in lots of different directions looking for something here, but did so in such an unfocused manner that it seems as if there was no real design to the episode. 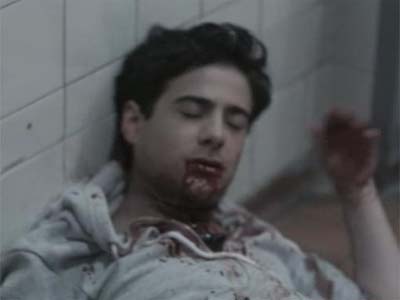 Overall, it wasn’t a bad episode, but it wasn’t great. It’s streets ahead of the nadir that was 2.3, but after the relative upswing of last week feels a bit anti-climactic and, if I’m entirely honest, makes the first series feel like it took place a long fucking time ago. The drop in quality between even the worst episode of last series and the best one of this series has been astronomic, and the only thing that has been improved is that there’s a better quality of supervillain on this spin. I give it a completely meh 2 Superhoodies out of 4.

Still, series finale next week, and it looks like being a good ‘un.