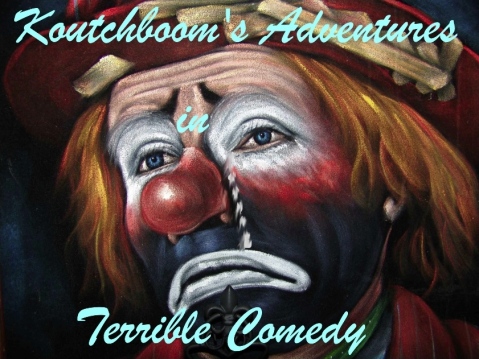 Don’t think just because I’ve been gone that I haven’t been continuing on my journey down the rabbit hole. I have, I’ve just been too depressed to post. Well actually that’s not true, just seen a couple of middling comedies that were decent just couldn’t think of shit to say about them. This next stop on the great Hollywood road trip was almost one of those films. But it irked me enough to wanna get my say on about it. Without further chit chat I bring you……

For starters this isn’t a Friedberg/Seltzer garbage dump of a movie (I’m saving one of their films for my Thelma and Louise style ending to my adventure) it actually comes from the Zucker Brother’s (hence the Scary Movie style Poster). But when this first came out I didn’t know who Craig Mazin was so I figured the Zucker brothers were just slapping their name on the movie after the fact (I was thinking about all those Farrelly brother comedies that they didn’t direct but had their names all over) so I blew the movie off, even though I love spoof films. Well as it turns out the Zucker Brother pretty much directed this film I think they just made Craig do all the bitch work. Also I’ve since since ‘The Specials’ which he directed and quite enjoyed (again another riff on the notion of lame Superheros). Had I known all this back when this was in theaters I probably would’ve gone. 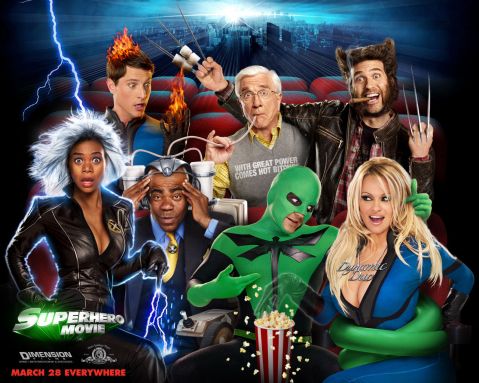 Didn't help the movie that they reused this lame poster concept.

So now that you understand that this is more of a Zucker Brothers style spoof film rather then a series of redone scenes from other movies you can ease up on how shitty this looks. That’s not to say that it puts any Zucker Brothers film to shame (well Scary Movie 4) it is the best looking film they’ve been apart of, but not their funniest. I think the biggest issue is that back when this movie came out there wasn’t a hell of a lot for them to make fun of, so it pretty much is just a redo of Spiderman with some jokes.

I know spoof movies walk a fine line between hysterical and just lame, this movie is firmly balanced on that line. It’s neither straight up lame nor outrageously funny. I sort of feel bad for this movie, because everyone thinks it’s a Friedberg/Seltzer movie so it gets shafted, but it isn’t good enough so when someone watches it the question if it’s a Friedberg/Seltzer comedy or not. Which is a shame, I think had Friedberg/Seltzer never came along maybe this movie could have hit better? Yet at the same time I saw it just a couple days ago and all I remember are a few Leslie Nielsen lines. 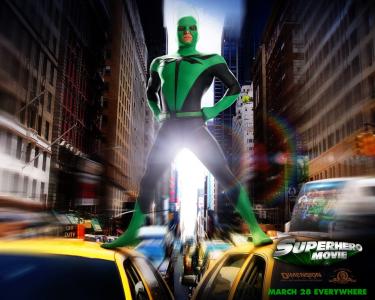 Another issue with this movie is that the main star is mini Nathan Fillion. Drake Bell was a child actor whose grown into a a fine Nathan Fillion lookalike, but he is still a kid. He does a good job, he has good comic spoof timing, there is just something about teens doing irony that just doesn’t work, it’s just not as funny. Something about their voice in their delivery doesn’t convey the joke as well as an adult. Just comparing Drake’s character to Neelson who can make anything funny you see the difference age can make. Drake tries really hard so you wish some of his jokes hit better. Christopher McDonald as the villain in this is great though a bit underused.


All in all it’s a very mild spoof film. If you really enjoy spoof films I suggest you check this one out because it is the best looking spoof film ever made, all of the special effects work looks fine compared to the usual shoddy looking spoof special effects. It’s good for a couple of laughs and it doesn’t stick around too long lingering in failed jokes. It’s only problem is that the jokes don’t hit hard enough, they aren’t groaners, they aren’t lame they just aren’t very good, but they are well executed. I wish this had been better.

1 Keith David Should’ve been the Main Character out of 4.