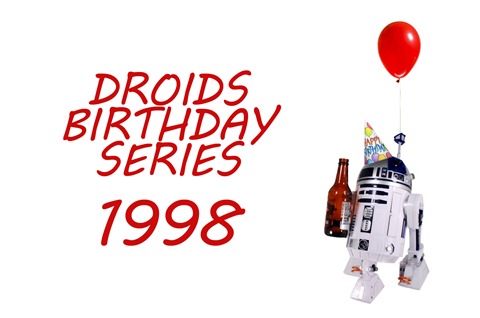 You know the drill by now. I’m reviewing a film released on or around August 2nd for every year until the year of my birth. Here’s 1998. Enjoy. 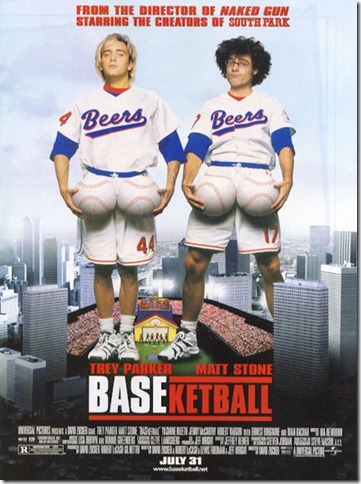 David Zucker… One of the brains behind my favourite comedy of all time ‘The Naked Gun’, and of course, the genius ‘Airplane’. For this reason alone I will give his movies a go. ‘South Park’ is a classic show, for which Trey Parker and Matt Stone are responsible. These reasons are, of course, those that led me to watch ‘BASEketball’. Was that a good thing? Read on and find out!

Coop (Trey Parker) and Remer (Matt Stone) are losers. Once dreaming of being big sports stars, they’re now unemployed morons. At a party they weren’t invited to, they invent a game that combines baseball and basketball that can be played in a driveway by Average Joe’s. The sport of BASEketball is born. Months later, they have the whole neighbourhood involved in an amateur league.

Billionaire Ted Denslow dreams of the good ol’ days of professional sport, when teams didn’t switch cities every other year, players weren’t paid lavish salaries and sport was accessible to the common man. He sees the popularity of BASEketball and turns it pro with the National BASEketball League, implementing a set of rules that will avoid the trappings of other professional sports. But years later, Denslow tragically dies by choking on a hotdog, and in his will gives Coop sole ownership of his team, the Milwaukee Beers and the league with the proviso that the Beers win the championship. If they don’t the team and the league will revert to his wife of three months Yvette (Jenny McCarthy). Coop comes under pressure to change the rules, allowing lucrative sponsorship, player trading and team relocation. Can Coop and Remer win the championship and save the league?

That’s a pretty dry description of ‘BASEketball’ because this is one of the stupidest films you are ever likely to see. But I won’t tell a lie. I laughed. Not all the time, but I did. If you’ve seen Parker and Stone onscreen before, maybe in ‘Orgazmo’ or ‘Cannibal: The Musical’, you will know they are appealing performers. They’re a likeable duo and that is probably the sole reason ‘BASEketball’ kinda, sorta works. In every scene there is a constant stream of jokes. Some work, as in the Jerry Springer drinking game, others don’t, like their slapstick hospital scene where they attempt to save a terminally ill child. That scene kind of reminded me of the one in ‘Freddy Got Fingered’ where Tom Green delivers a still born child and swings it around his head by the umbilical cord, saving it’s life. Okay, maybe it’s not quite that bizarre, but I maintain the scene echoed it. 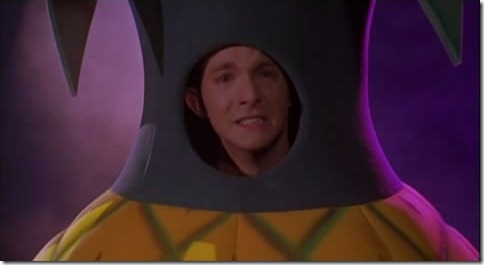 I will also give credit to writer/director David Zucker, because the sport of ‘BASEketball’, which he invented it in the 80’s, actually looks like a bit of fun. Any game you can play with a beer in one hand is alright by me. The jokes are wildly scattershot and too unfocused to work properly. There are clever elements of satire, particularly in the opening newsreel where we see how far professional sports has sunk (Preparation H Arena!?), but it mainly comes down to Parker and Stone getting free reign to riff, like the conversation almost entirely composed of the word ‘Dude’. As I said, some jokes work, others fall flat. 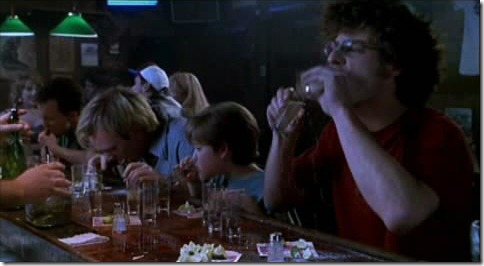 There are also many celebrity cameos from the likes of Kareem Abdul-Jabbar (in one of the films best jokes), commentators Bob Costas and Al Michaels, and Robert Stack, in a pisstake of his ‘Unsolved Mysteries’ television show. There is some good support from Dian Bachar as Squeak, who is the fall guy for many jokes, as well as Jenny McCarthy and Robert Vaughan as the scheming rival owners. Only Yasmine Bleeth looks a little lost when trying to keep up with the manic Parker and Stone. 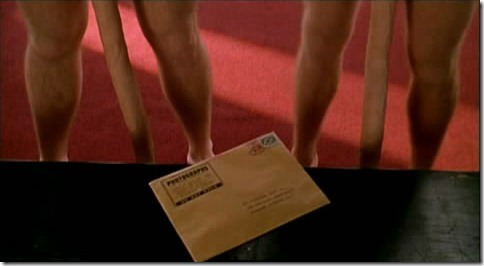 ‘BASEketball’ is an amusing diversion that doesn’t hang around too long, contains some pretty funny jokes, but also a few too many clangers. It’s one to watch if you run across it on TV. 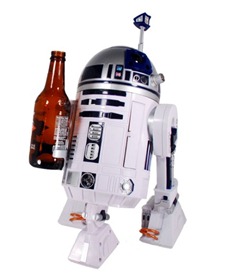