I’ve been thinking about this for a week now, and I still don’t really know how I feel about it. I freely admit to having battered wife syndrome where Romero is involved, so I’m pretty certain this is actually crap, and yet I keep hearing that it’s a lost classic of the genre. I’m not even sure it qualifies as a vampire film to be honest, as Martin clearly isn’t a vampire. He does drink blood, but he’s a sexual serial killer. There’s nothing paranormal about him, in fact, if anything he’s depressingly mundane. Nevertheless, at the same time there is something interesting about it, and I was endlessly fascinated by the UK VHS cover whenever I saw it in the video shop in the 80’s. Sadly, Redemption Films went bust and so I can’t find a copyable picture of that cover, but it held a kind of perverse attraction for me.

Martin is, I suppose, a kind of revisionist modern take on the vampire mythology. Martin is a little douchebag to be honest, with myriad personality flaws (not least of which is that he sedates women, then drinks their blood) who has to live with his fundamentalist cousin Cuda in a small town in the ass end of Pennsylvania. Cuda feeds Martin’s mania by constantly referring to his teenage lodger as Nosferatu and doing crazy things like getting the priest in for an exorcism. On the other hand, though, Martin has no intention of refraining from killing people. Eventually events come to a head, and tragedy follows. 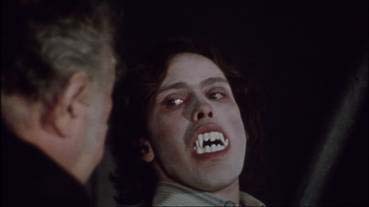 The thing is, this is a deeply mundane film. In fact, if anything, it revels in the complete deconstruction of the vampire mythology. Basically, Martin is a rapist and a serial killer with a mania, and the root of his lunacy is obviously in that he can’t get laid. It’s unsurprising that he stops killing people when he starts getting involved with “the sexy stuff” but he is still driven by his compulsion to kill. Within the first 20 minutes, Romero goes out of his way to strip any last vestige of the supernatural from his film, and once he’d finished there was really nothing out of the ordinary left. We’re to believe that Martin is a vampire because he keeps saying he is, but he just fucking isn’t, and it’s this leap of faith that I’m unable to make, and this is probably why I have such mixed feelings towards it.

The acting, on the other hand is clearly quite good. John Amplas in the titular role has to carry the whole film, and to be fair to him he pulls it off. Linocln Maazel is hugely entertaining as Cuda, ranting superstitious garbage at Martin on every opportunity and the sado=masochistic relationship between the two characters is probably the most interesting thing about the film. Cuda is out of line with his teenage cousin, but at the same time, Martin is a dick and clearly revels in winding the old man up. The rest of the support is OK without being exceptional.

This is, ostensibly, a horror film (although I wouldn’t be surprised to find out that it was a fucking therapy session for Romero to work out his feelings of teenage inadequacy), and so there has to be a few killings. The opening murder on the train is gruesome and uncomfortable viewing, and the later killing of the adulterous couple is messy and reasonably exciting, but I was kind of hoping he’d get caught. However, it isn’t frightening in the slightest, and more importantly, it isn’t any fun either.

This has to be pinned purely on Romero. Martin was almost without budget so Romero shot it on 16mm and as a result it looks like shit. There’s no feeling that this is cinematic, if anything it feels like I’m watching a crap British soap opera from the 80’s. Furthermore, I do also wonder if they ran out of money completely and had to cut the film short, because the climax of the film is as jarring and out of the blue as the shootings at the end of Easy Rider. If there’s an extended cut out there that fills it out a bit more, then maybe that would help things out. 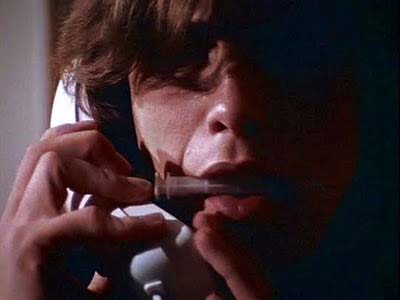 Then there’s the script which really is (outside of Cuda’s histrionics) an exercise in banality. I’m sure Romero was deluded enough to think that this was some sort of paean to teenage alienation, but it really isn’t. He has Martin endlessly narrating (ostensibly a phone conversation with a crappy radio DJ) about what it is to be a “real” vampire, but all he is is a silly and deluded little boy. It’s pretentious claptrap, and the attempts at demystification were grating and irritating for me after a while. Worse still, he wrote himself into the most stupid and avoidable dead end, and so to extricate Martin from this idiocy he simply threw in a gunfight (for no reason) that is both obnoxious and grotesquely out of place in the film.

Nevertheless, it isn’t a complete loss- in fact the word I’d use to describe it is competent. That’s exactly what everything in Martin is: competent. It’s not unexciting or uninteresting, and it’s not irritating either. It just sort of plods along in a completely worthy and obviously well made sort of way without doing anything to merit either hatred or the quite ridiculous level of acclaim that it has. 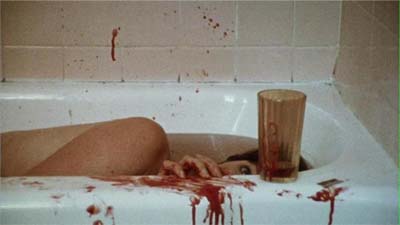 I’d like to talk about the score here, but I can’t remember it at all. Not a note. Which leads me to believe that it’s as competent as everything else about Martin (aside from the acting). I mean, really, I’m not asking for a grand orchestral accompaniment, but on the other hand give me something to help the atmosphere along.

Which brings me on to the atmosphere of the film. It hasn’t got any. I could actually argue that this film, this kitchen-sink vampire tale, is as devoid of atmosphere as the fucking moon. There’s no feeling that this is in any way special, no feeling of awe or wonder, no terror or fear, there’s just nothing. And that, I think, is the most damning thing I can say about it: Martin is just terribly average.

Overall, would I recommend Martin? I don’t honestly know. I’m so ambivalent about it, and so utterly without enthusiasm for it that I can’t say, and yet I don’t hate it at all. In conclusion, what Romero has done here is create a film that is utterly mediocre, and in the words of Martin himself “there is no magic”. I have to agree with him, there is no magic to Martin and as such I give it 1 and a half  completely unexcited Changs.

I’m damned if I know where all the acclaim comes from. 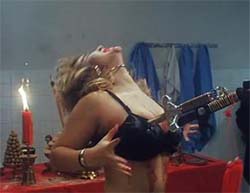