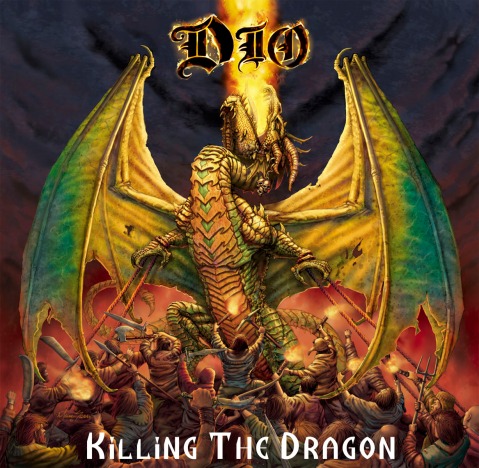 Heavy metal singer, songwriter and guitarist Ronnie James Dio (born Ronald James Padavona on 10 July 1942) passed away on 16 May 2010 from advance stomach cancer he was 68 years old . This one hits home because I’ve always dug the overly theatrical overly produced music of Dio, it reminded me of Meatloaf on steroids.

Dio had a long career dating back his days in high school. It was in ’61 when Ronnie Padavona was lead singer for the group Ronnie and the Red Caps that he decided to start using the name “Dio” on stage. Ronnie chose the name as tribute to mobster Johnny Dio. For most of the 60’s Ronnie bounced around the music world as a writer, guitarist and back up/studio vocalist and front man for various bands. Dio didn’t start to make a real name for himself until 1969 when his band Elf became the opening act for Deep Purple. In ’75 Dio and Deep Purple Guitarist Richie Blackmore created the band Rainbow and that’s when Dio became DIO! 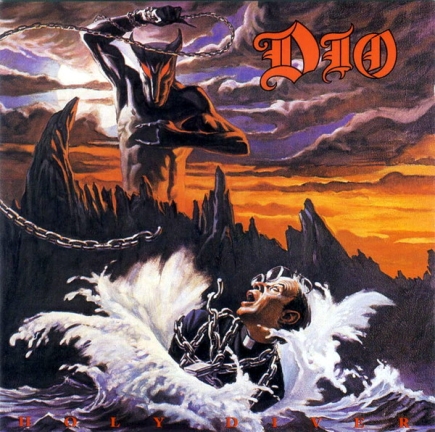 Rainbow made Dio a household name in the metal world and lead to him getting the gig as front man for Black Sabbath when Ozzy left ’79. Dio went on to revitalize Black Sabbath, and in my opinion, it was a lateral move both Ozzy and Dio were great as the lead singer for Sabbath. As lead singer Dio is credited with popularizing the use the famous “devil horns” power stance on stage.

After leaving Black Sabbath Dio went on to form the self titled band Dio and here is where he had his greatest musical success. His legacy songs, Holy Diver and Rainbow In The Dark, are probably his biggest hits and what he will be remembered for. That and the band’s album covers because they were always controversial but damn they were really cool.

I know this tribute isn’t much and pales in comparison to the great ones that Abominable Snowcone does on Ain’t It Bale News and it will look entirely ridiculous compared to the fantastic one Abom will write about Dio, but I thought somebody here should say something. Personally I want to thank Mr. Dio for making great music that was part of my teenage years. Here’s to hoping there is a rainbow in the dark and you are at the end of it sir.