Somehow I managed to go 10 whole years without watching Battlefield Earth. I had heard the stories, read the reviews, but nothing ever brought me to just watch this cinematic Titanic. My best friend had told me about it a few weeks ago and it sounded hilarious so I said that we should watch it. I had no idea what was in store for me.

Battlefield Earth is the dumbest fucking movie I have ever seen and I’ve seen some really dumb shit before. But nothing can quite top the complete ineptitude of Battlefield Earth. If I can say anything good about this movie, it’s that it is fucking hilarious in how god-awful it is. There isn’t one moment that isn’t filled with stupidity.

The movie plays itself out like it’s some epic journey, but if this movie has a plot it must be hidden for 135th level beta proxide thetan Scientologists. The movie opens with Barry Pepper as some kind of cave dwelling douche. His name is Johnny Goodboy. Good to see that names have evolved as well as people. They set these idiots up like they’ve reverted to cavemen. They prance around in loin cloths and are afraid of legendary beasts, which turn out to be mini golf course obsticles. And everyone has dreadlocks like we stepped into white Jamaica. Actually, come to think of it, there’s only one black person in this movie. I’m not counting Forest Whitaker because he plays a fucking alien. Way to be a racist L. Ron. Xenu would be mighty pleased.

So Johnny Be Goodboy makes his way to Denver (not kidding) where the aliens have set up shop. These aliens look like giant uncircumcised dicks. They set them up to be the most powerful race in the universe but they are about as smart as the kid that ate bugs during free play in grade school. The aliens on the planet are led by the one and only John Travolta as Terl (for those of you unaccustomed to understanding alien names, it is pronounced ‘Fuckface’). Fuckface laughs at everything like it’s the funniest goddamn thing in the world. I thought for sure this had to be intentionally funny but I really think that Travolta thought he was being a serious actor doing justice to Lord Xenu.

We learn that these aliens somehow took over Earth in 8 minutes, thus reverting men to neanderthals, and enslaving the humans to, I don’t know hit rocks with hammers? Fuckface wants to get a supply of gold (why would an alien need gold? Do they use gold on his gas giant planet?) so he hooks Johnny up to a machine that lets him learn the Pyschlo langauge. First off, what a dumb fucking name for an alien race is Pychlo? Was Insanor already taken? Somehow this machine gives Johnny the ability to learn complex math and learn how to fly a fucking SPACESHIP. This is a guy who after hitting a statue of a dinosaur tried to eat it and he’s learning alien technology. His thetans must be off the charts.

Fuckface leads the ‘manimals’ as he calls them to a place to dig for gold. Is Fuckface some kind of 1850’s prospector? He loved the Yukon Trail as a child. Johnny gets an idea to train the remaining humans for a rebellion and tricking Fuckface into giving him gold bars they will get at Fort Knox. Yes, Fort Knox is still around after the destruction of the planet, and the safe was left convieniently open for all these years. Johnny trains the humans to fly jet planes. WHAT THE FUCK. I can understand that maybe that machine helped him learn stuff, but this dumbshits are able to learn how to fly planes when they’ve never seen them or heard of them, by using, get this, GEOMETERY. Dear God.

The humans wage their war and win and Fuckface gets put in jail (nice touch there). This movie has no real plot, no characters to like. But it is filled with a lot of hilarious touches. Apparently on Psychlo, crap is a swear word. They use it all the time. As in the beautiful line “What kind of crap-lousy leverage is this?” They can’t even use a curseword right. Fuckface sees the humans eat a rat so he calls them all ‘ratbrain’ for the rest of the movie. Like theres a serious scene trying to build tension and he starts calling them ratbrain, takes you right out of the crap-lousy fest and makes you take a hammer to your nutsack or labia (if a girl would ever watch this piece of shit). Also it only takes one bomb to blow up the alien home planet because it is a gas giant. They are the most feared race and yet a match could take them out. Stupid universe. One of my favorite parts is the use of old catch phrases in the year 3000. Like ‘Piece of cake’. I shit you not they say it a lot. They say it 3 times in 1 sentence. Then one guy, after flying his plane into a building and just before blowing it up, dramatic music playing, says ‘piece of cake’. Boom. 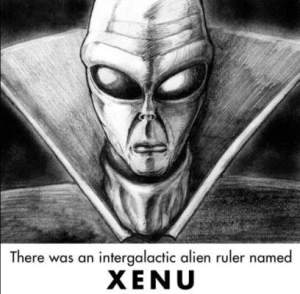 Even though this movie is hilarious, it is also so dumb it will hurt your brain. I think a part of me died after watching Battlefield Earth. That part being my grey matter. And what the hell is Forest Whitaker doing in this movie? Even with his lazy eye he should have seen that this script was terrible. They must show this movie to new recruits in a Clockwork Orange type way, because I can’t figure out why anyone would be a part of a stupid fucking religion like Scientology. 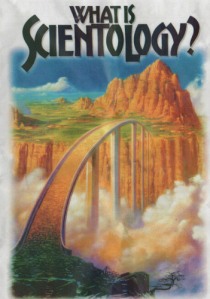