Kloipy’s cycle is all screwed up from New Moon 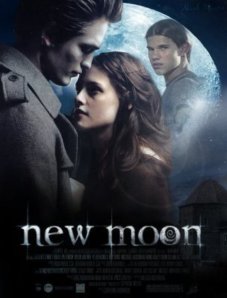 2 hours and 10 minutes. That is the time of my life that is never coming back thanks to The Twilight Saga: New Moon. Or as I like to refer to it, Twatlight. This movie is like cinematic vomit. It’s the same stuff regurgitated over and over again, and by the end of it I was left with the need for some Pepto.

What’s good about this movie? The directing is definitely better than in the first one The Twilight Saga: Twilight. It actually looks like a real movie not some Hallmark shit.

Good, now that we got that shit out of the way. What’s bad about this movie? Every-fucking-thing. This movie plays like the fake suicide attempt of a 14 goth girl who believes that The Cure wrote songs directly to her. Apparently this is supposed to be romantic but it’s just bullshit. Edward Cullen is the biggest cunt this side of Casa de Bates. He spends the first half hour of this movie sauntering and talking about how much he loves Bella, how much he will never hurt her, and how he can’t live without her. Then by accident on of the vampires tries to attack her and the next day he’s like “Sorry bitch I gotta get the fuck outta here”. So the movie gives us a montage of this girl sitting in her room for months just pining for this little bitch. 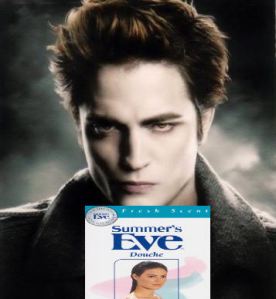 Soon she meets up with her old friend Jacob, who is a werewolf in training, and she starts fucking around with his emotions because she has nothing better to do than stare out the window. At first you are thinking, this guy is way too good for her, but then he starts blabbering about how he will never let anything happen to her and so forth. Then, like a couple lines of dialouge later and he starts getting his first wolf boner and he’s like “I gotta get the fuck outta here too.” Maybe this is just a signal that Kristen Stewart is so annoying that even the men who supposedly love her can’t take her for more than a few days.

So, soon Bella discovers that if she puts herself in danger, a fart cloud of Edward will appear and tell her not to do it. Really? This shit gets so annoying so quickly. I’m one of those people that believes that Edward has all the signs of a domestic abuser. He fucks around with this girls emotions and then he leaves her, but then shows up to tell her not to do things. I bet he also reads all her emails and follows her around. We already know that he watches her sleep without her knowledge. Just like a good boyfriend or the Green River Killer would do.

So she’s stuck with either the whiny vampire or the whiny werewolf. The werewolves aren’t really werewolves, they are just crappy CGI wolves that run around shirtless at all times so that older women can feel good about statutory rape. At least the wovles try to fuck some people up instead of just hissing. Way to go, wolves.

So, for what feels like an eternity, a whole lot of nothing happens until Bella dives off a cliff. Edward thinks she is dead so he goes to some gay Vampire college to make them kill him by showing himself in the sun to normal people. Unfortunately he doesn’t get engulfed in flames by this, he would just fucking glitter in the sun like a kitten sticker. So Bella somehow makes it to this place just as he’s stepping out the door and saves him. But then Dakota Fanning and some other losers tell him that he needs to make her a vampire or they will kill her. So Edwards gets all pissy again and gives her another speech about how she doesn’t want to be a monster like him, and how she doesn’t know what it’s like to not have a soul, and how his dick doesn’t work cause he is dead.

At this point I thought “Thank God, this movie is finally over” but oh no. We need to see another 20 minutes of this lame ass story. How the Cullen family already thinks of her as a daughter (they’ve known her for what, 3 months?) and then we have the meet-up between Jacob and Edward. They have the verbal equivelant of a slap fight and then Jacob runs off, but not before crying one wolf tear. Edward starts telling her AGAIN that he won’t ever let anything hurt her. I’m sure he’ll say the same thing in the next one. Then just as the movie is finally ending, Edward asks Bella to marry him. And she gasps. Roll credits. Really Bella? You didn’t see that coming at all?

What happens when they do turn her into a Vampire and they find out that they aren’t really compatible? Is there a Vampire divorce court for these sort of situations? What does a 110 year old vampire want with a bi-polar teenager anyway. Do they really have that much in common? She likes MTV Cribs, he dodged the draft in Vietnam.

I know these movies weren’t made for me. I know that they appeal to sensibilites of young girls and so forth, but what kind of message does this send to these kids who are so in love with the Edward type? It’s ok to have a boyfriend who controls your every move, who tells you one second he loves you and can’t live without you, and the next tells you to stay away. This movie is not only dumb but it sends a bad message to impressionable teens. Or adults…

Maybe I’m reading to much into it. Maybe I should just let it go. Maybe, but when vampires don’t have fangs, don’t die in the sun, don’t sleep in coffins, have reflections, don’t get burned by holy water, don’t get disturbed at the sight of the cross, don’t have to be let in, don’t have anything else to do with vampires, and spend all their time looking for jail bait it kinda pisses me off. So yeah, fuck you Twatlight and the wolf you rode in on. 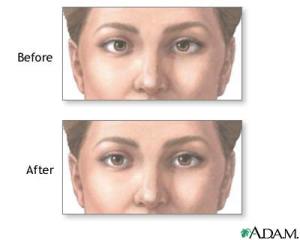