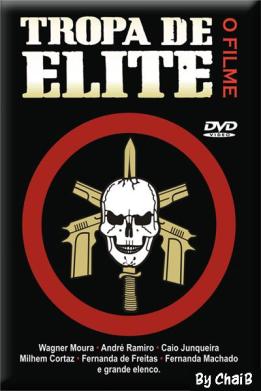 For this section I’m either going to review films that no-one else has seen, but I think are worth a look, or defend to the hilt those films that are universally regarded as being terrible. As this is my first attempt at this, I’m going to pick a film that has slipped off the radar- although it really shouldn’t have. A running theme of this series is going to be how often those colossal assholes, the Weinsteins, get hold of a property (OUTLANDER) and just cock up the distribution so it drops off the radar and sinks to unearned obscurity.

I first found out about this film at Christmas time in 2007. We were in Rio and talking about films with Mrs. Jarv’s brother who recommended this film. It’s taken two fucking years for me to get hold of it. 2 years!

Obviously, I could have illegally downloaded it, so I must take the lion’s share of the blame, but I’m not taking all of it. Those international tools, the Weinsteins, had jumped all over the distribution rights to this film, thinking they had the next City of God, and completely fucked up any kind of publicity or anything remotely resembling a proper release. For the record, it isn’t anywhere near as good as City of God, although it does borrow heavily from it and one of the writers of this also co-wrote City of God, but having said that, it’s still a damned fine film in its own right.

I won’t spoil this film, just in case anyone out there does decide to watch it, but to quickly summarise the plot- Nascimento is a burnt out captain in Rio’s elite BOPE squad (basically a military death squad that work in the slums) and the film charts him finding his replacement through the burgeoning careers of the two candidates (Neto and Matias), through their intense training and onto the streets. It’s set in 1997, and based on real events, when BOPE had to undertake possibly the most farcical operation in their history- they had to clear out one of the worst slums in Rio to make sure that the Pope got a good night’s sleep. I’m not joking about that- what a colossal waste of manpower and human life.

This is a brutal film. The violence that BOPE regularly indulge in is unflinchingly portrayed on the screen. They are, after all, a death squad, and the very nature of their brand of “police work” is barbaric and abhorrent. The boot camp  section of the film is also savage, with Nascimento admitting that he wants to punish the corrupt as a matter of course. However, as violent as the film is, it doesn’t feel gratuitous and I can think of several occasions where they don’t show the coup de grâce. 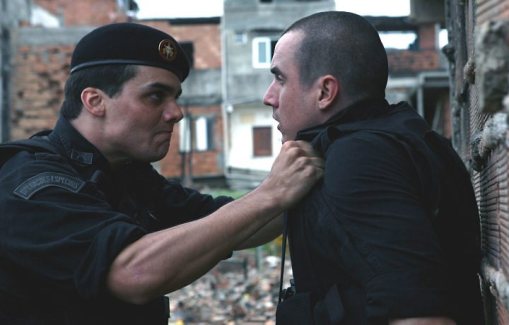 Tropa de Elite actually started life as a documentary. The director, Jose Padiha, wanted to make a film about BOPE officers, and spent 2 years gathering material for it. Unfortunately, and unsurprisingly, he couldn’t find any officers past or present prepared to go public. He found plenty that were willing to talk off the record, and one of them was Andre Batista who eventually served as the inspiration for Nascimento. As a result of all of this, Tropa De Elite feels damned “real”- the events that take place have a verisimilitude that many films just don’t have, and this makes the events we watch all the more harrowing.

The performances are all excellent, particularly Wagner Moura as Nascimento- who is increasingly breaking down over the duration of the film. He fluctuates between moments of outright panic, volcanic rages, insane hatred, and real self-loathing. It’s a strong performance in a film full of strong performances. He’s ably supported by Caio Junqueira as Neto and debutant Andre Ramiro as Matias (in probably the most difficult role), but Moura arguably gives a more nuanced performance. His matter-of-fact voiceover in particular is a real joy- laying out the facts of life in BOPE, without glorifying or glamourising what they do.

This is a film that deals with big themes as well. It’s clear that they think Rio is a sick society, and looking at this it is hard to argue. Matias is our window into the world of the middle class, and the flagrant hypocrisy that he sees on a daily basis is what eventually makes him BOPE. He means well, and in another life would probably be a successful lawyer, but as an honest police officer working his way through law school- there is only really one place he can end up. 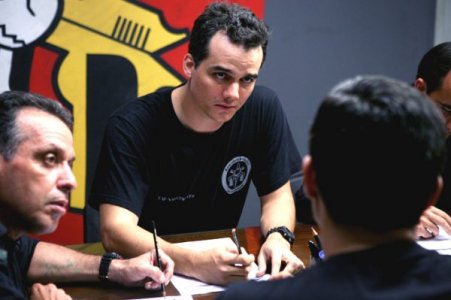 However, the aspect of this film that makes it essential viewing is the way that it deals with the rank and file police officers in Rio. They’re shown to be a bunch of corrupt, useless, incompetent dickheads, that are totally dependant on BOPE, while at the same time have their snouts buried so far in the trough that they are almost incapable of enforcing the law. The sections on corruption are absolutely hilarious, and Neto and Matias’ increasing frustration at the system that they have to work in order to do their jobs is sympathetically handled.

Tropa De Elite is a superb film. It’s gritty, riveting, but laced through with genuine moments of pathos and comedy. If you are interested in seeing this, I can’t recommend it highly enough but, and I can’t believe I’m about to say this, get the actual DVD of it rather than a rip-off. The reason I recommend this, is that there is a fascinating interview with the director as one of the extras- which is compelling viewing. He’s insightful and scathing about Rio and the existance of BOPE- pointing out that “any society that needs a squad like BOPE is already sick”.

There’s “Elite Squad 2” coming out in 2010, and I for one cannot fucking wait. Even if I can’t see how they can make a sequel.