I had to eat a huge amount of humble pie regarding this. All summer I’d been spouting off like I had the slightest clue what I was talking about decrying the utter mediocrity of this film- predictably, I was doing it sight unseen based entirely on the fact that it looked like being Pixar by numbers and the trailers were underwhelming. Silly me, Pixar by numbers is still significantly better than most things out there, and anyway, it isn’t as simple as that.

WALL-E is comparatively easy to talk about without spoiling, as the plot is pretty simplistic stuff- it’s the future and WALL-E is the last functioning clean up robot working on the gigantic garbage tip that is Planet Earth. His life is basic, he wakes up, compacts garbage, saves anything that he finds interesting before turning himself off for the night. His Sisyphean task is interrupted by the arrival of EVE which  leads to all sorts of hijinks on a hideous Butlins in space populated by the current inhabitants of Columbus, Ohio (and I have been there, so can say that), before the  eventual successful repatriation of humanity to Mother Earth.

I have clearly omitted a lot of plot detail here, partly because I don’t want to spoil a film that I loved when I saw it fresh, and partly because it doesn’t matter to a synopsis of this film.

WALL-E is a film that not even the most cynical, cold-hearted soul could fail to love. As I’m a soft touch, I think it’s nearly flawless and find it truly, truly wonderful. It’s a superb amalgamation of outstanding design, intelligent story telling, and emotional resonance that simply reaches heights that most other animation (and certainly all other Pixar) never remotely gains. The opening of the film is much talked about, so I’m not going to go into great length, but it’s simply so good that for the first 45 minutes of the film, I didn’t notice that he hadn’t actually said anything. Through simply breathtaking design, they’d manage to give a fairly unemotional base robot real feelings and give the audience a clear window into the loneliness and boredom of his world- and all done through twitches of his eyes, or wonderfully expressive movement. I’ve never seen anything quite like it, and while the rest of the film doesn’t hit this level again, this section alone should guarantee the film a place in any top 10 list.

The first half of this film is, and I’m not exaggerating, sheer poetry. His interaction with EVE is touching and amusing without being pathetic. It’s sort of sad watching this deeply lonely little soul trying to get an inanimate object to love him- whether he’s suffering electrocution through holding an umbrella in a thunderstorm, or taking her for romantic boat rides or whatever, it’s hard not to feel a genuine sense of sympathy for him. He tries hard, bless, but it’s just not to be (partly because he doesn’t really understand love regardless of how many old movies he watches, but mostly because she’s turned off- literally). EVE is also, no doubt about it, a simply superb piece of design- especially in comparison to WALL-E. The juxtaposition works superbly, as he is little and grubby and she is smooth, hi-tech and sleek. They’re a sort of robotic Lady and The Tramp. Once EVE comes back on line, they share a few truly magical moments (shooting around in space on the extinguisher leaping to mind), but nothing really as touching as the initial meeting and his forlorn attempts to take care of her.

However, the real test of this sort of film is does it bear rewatching? And I have to say it absolutely does- especially the soul-destroying climax of the film. Being a soft touch, I nearly cried first time I saw it, and Mrs. Jarv weeps like a baby every time- it’s an absolute masterclass in eliciting an emotional response from an audience.

However, if this film is as good as I say it is, why isn’t it higher up the list? 2 simple reasons: firstly, although the design of WALL-E is good (very good), it’s also pinched from Short Circuit. Seriously. Andrew Stanton (writer director) tried to make out that it wasn’t, but a brief comparison of Johnny Number 5 and WALL-E blows that out of the water. What I don’t understand, though, is why not own up to it? This is Pixar- nods to other films are not just expected but required (2001 is an obvious reference in this film). Furthermore, the design of the human characters in the film is  unsubtle, half baked and borderline impossible to tell apart. This is irritating. It’s almost as if they spent so much time on WALL-E and EVE that they forgot about the plethora of other characters. To make matters worse, I really didn’t care much for the  plight of humanity- they are not sympathetic at all being as they are basically uber-consumers parked off on mobile barcaloungers. Why are WALL-E and EVE trying so hard to help them? 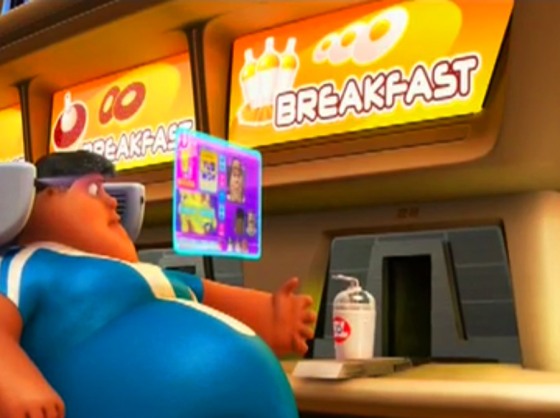 Secondly, and far more tellingly, the subtext of the film is about as subtle as a sledgehammer blow to the front of the skull. Yes, we are all fat, lazy and devolving into morbid lumps of protoplasm (not to mention killing the planet), but using a mobile garbage disposal (regardless of how well designed) is so glaringly unsubtle it grates a touch. Not to mention that the tubbies all obey the instant advertisement commands provided by their personal audio visual equipment (“Try blue, it’s the new red!”).

Still, these are minor quibbles in a simply stupendous film. WALL-E is, at the end of the day, a spellbinding, emotive, gripping little film, that manages the minor miracle of eliciting sympathy for a machine.

Next Up- is Daisy, a film that got truly screwed by international distribution and one that everyone should see.