It’s been a while and there’s been quite a few trailers popping up for the 2010’s big flicks. Check ‘em out.

Clash of the Titans

The first trailer for this one didn’t exactly incite a riot of expectation, but this one definitely makes it look interesting. Worthington’s third blockbuster in a row should hopefully inspire him to do something a little easier on the ears. The french bloke directing this is a bit of a dud, but hopefully this flick can be a bit of goofy fun.

This actually looks like it could be good. All you need to say is the new flick from Cusack and the guys who made High Fidelity and Grosse Point Blank. And a time machine. Made out of a hot tub.

Seriously, someone needs to keep Burton on a leash. At one stage his eccentric flicks were interesting, but he’s been on a steady decline since ‘Sleepy Hollow’. This looks like complete overkill. Depps huge CG eyes, and Bonham-Carters huge CG head and tiny body are only the beginning of the annoyances on display here.

Cats and Dogs: The Revenge of Kitty Galore

I’m pretty sure I’ve seen the first one, and I think I was very mildy entertained. But after sitting through G-Force, there’s only so much talking animals trying to take over the world a bloke can take. See this at your own risk. I do find the title amusing though. 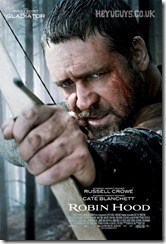 People are sceptical about this, but stuff ‘em. For me, Ridley Scott in Gladiator and Kingdom of Heaven mode is how he should make movies. Rusty’s made for these period epics and Blanchett is a terrific actress. And it has Mark Strong in it. I’m looking forward to it.

I really enjoyed Iron Man when I saw it at the cinema. But 6 months later I watched it on DVD and I was supremely bored by it. I can’t put a finger on what exactly changed, but upon rewatching it, it just felt a bit bland. I will go see this, but this trailer doesn’t get my hopes up. 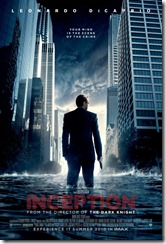 The follow up to Chris Nolans pocket lining Batman sequel looks like a Matrixy psychobabble action fest. Which could be interesting, just as long at that Colonel Sanders vis a vis, ergo bloke doesn’t show up. DiCaprio seems half awake in his delivery but maybe that’s just the character. Good cast too, with every fanboys wet dream Joseph Gordon Levitt, along with Tom Berenger, Lukas Haas, Cillian Murphy and Ken Watanabe.

Kevin Smith’s first flick he didn’t write looks a bit shit. Sorry, Frankie. It does. The jokes are as stale as old bread. A repeating me joke? C’mon. Here’s hoping they saved some decent jokes for the film.

I’d never even heard of this until a few days ago. But it looks like it could be good, even despite the presence of Jude Law. I have no idea who the bloke is who directed it, but it’s got a good cast with Forest Whitaker, Liev Schreiber and eye candy ‘Hello Carice’ Van Houten. And it looks like it piles on the violence and nudity. Which is always good. But it reminds me of some other flick. I just can’t think what it is. 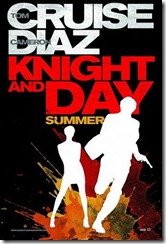 This looks okay, but it reminds me of a cross between ‘Mr & Mrs Smith’ (not a good thing) and ‘Bird on a Wire’. But James Mangold usually makes good flicks and Cruise doesn’t normally make complete garbage.