Wherein the intrepid author takes a spin down tough guy street and comes back with a busted nose, three cracked ribs, a black eye and excellent books with tough guys in them. 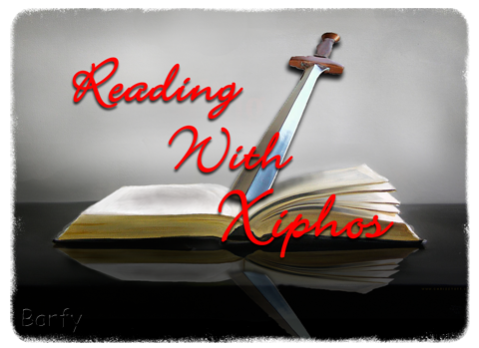 I was looking at my book stack before I started this opus and I realized I read a ton of nonfiction and it’s great. Biographies, history, politics, philosophy, math and science are what I own the most of and as I noted above, those are great and interesting books to read and think about. That being said though, there are times when those sorts of books just flat out don’t get the job done. Instead I crave a different, more visceral experience from books and I need a special genre, the tough guy books. You know the ones I’m talking about. They are drenched in testosterone and are boiling vats of machismo. When the urge to read these books hit you, think about this post and you can’t go wrong. 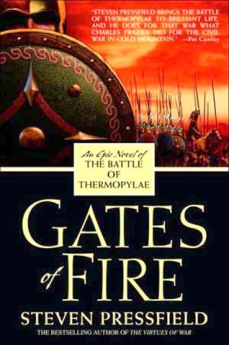 When I think of tough guys, I think of the scarlet clad, full panoply wearing, killing machines of Lacedemonia the Spartan Warriors. That thought inevitably leads me to Steven Pressfield’s Gate’s of Fire, the seminal work of tough guy fiction. Gates of Fire is what 300 wanted to be but failed at miserably. (And GoF should be a movie. DAMN IT! MAKE ME MY MOVIE HOLLYWOOD YOU SIMPERING ASS HATS.) The book tells the tale of the Greek resistance to the Persian advance at the pass at Thermopylae and a whole lot more. (Thermopylae is Greek for fire gate. There’s a hot springs there that has a gate leading to it. See? Book learnens is fun.) Not only is this book historically accurate, you also learn about how Spartan society operated, The strength and weakness of the Phalanx, what the Agoge was like and it’s chock full of tough guys from history like Dienekes, Leonidas, Polynikes and the rest of the doomed Greek warriors (there were close to 10,000 hoplites from various city states at Thermopylae) making an important symbolic stand and giving their lives for said stand. Read this book, it’s fantastic and I can’t recommend it enough. 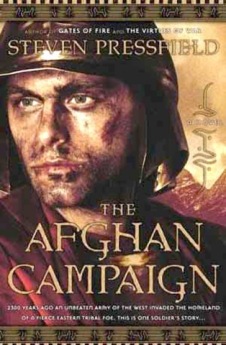 Let’s continue with Pressfield and his books. (Get use to his name, you will hear it a lot on this list and future ones.) The next book of historical fiction based on real events Pressfield tackled is Alexander the Great’s invasion of Afghanistan  This book is called The Afghan Campaign and tells the story of two young Macedonian boys that join up with Alexander’s band of thugs just as that continuing criminal enterprise is about to invade Afghanistan. Here’s an observation for you, if you take away the swords and bows that the Afghans were armed with in the book and replace them with RPGs and AK 47s, not a lot has changed in 2500 years. This is a great read. It’s tough as hell, cynical, full of dark humor and it’s well researched and written and has ties to current events.

In the first episode of Reading With Xiphos, I mentioned Joe R. Lansdale’s series starring Hap Collins and Leonard Pine. Well, here they are again even though they defy the normal ‘tough guy” conventions, like all the characters in this article. I’m not going to single out one specific book they are all fun and you can start anywhere. There are references to previous events occasionally but you can get the gist of what happened and it doesn’t interfere with your enjoyment of the current story.

The thing about Leonard and Hap is that they are just two regular lower working class stiffs that keep getting caught up in escapades, hijinks and shenanigans. Hap Collins is a white, middle aged former hippie. Leonard is a former Marine combat veteran of Vietnam. Leonard is also black and gay and those two issues cause him no end of grief in the East Texas town of Laborde where Hap and Leonard live. Both men are martial artists and especially in Leonard’s case, they kick ass hard. The Hap and Leonard series, while funny and tough, also explores many different themes like prejudice, of and by all colors, creeds, religions, ethnicities, sexual preferences and national origins, privilege vs. working class, drugs, prostitution, sexual assault and all manner of big ticket ideas. 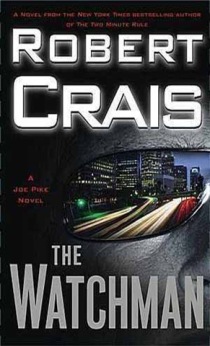 Next tough guy to climb into the ring is from the Elvis Cole series by Robert Crais. Of course I’m talking about the taciturn, laconic, mirrored aviator shades sporting, former Fleet Force Recon Marine, Ex LAPD Officer and occasional merc, Joe Pike. I’m going to deal with the Elvis Cole books in a future column so today I’m focusing on Cole’s partner Joe Pike who has finally got his own book where he’s the main character and I say hallelujah and hosanna for that. Joe is an interesting character. He’s violent and uses violence as the first response yet he’s not evil, stupid (far from it) or uncaring. He’s just honest about himself and violence (it works and works well) and he’s mucho dangerous

Joe Pike’s break out novel is The Watchman. The plot is simple. Due to favors Pike owed to a merc recruiter, poor Joe ends up having to bodyguard a Paris Hilton like hotel heiress after she’s involved in a traffic accident and sees something she shouldn’t have. Joe Pike has to go off grid in order to do his job. LA bad guys and buildings come out the worst for it. Although in Hell A that’s kind of hard to tell since the place is a junk pile to start with. 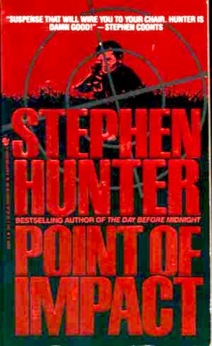 Sticking with the hard core tough guy Marine theme, next up is retired Gunnery Sergeant, sniper and, as one “mercenary’ magazine glossed him, ‘the deadliest” alive, Bob Lee Swagger. The character has a series of I think 6 books but honestly the latter books are lacking. The first three books are as kick ass as can be imagined. I would like to suggest the first book, Point of Impact by Stephen Hunter, as the best book and tells the story of the manhunt for Bob Lee Swagger and the revenge Swagger extracts after being framed for the attempted murder of the POTUS and the death of a San Salvadorian Bishop. The funniest gag in the book is that Swagger is pissed that people thought he missed his target and took out the priest by mistake. The other point of the book is don’t murder a man’s dog. The bad guys did this and that made Swagger SUPER pissed, even more so than getting framed for murder and he’s not a guy you want mad at you. I don’t know who hunter talked to in the course of writing this book but he got the weapon use right and nailed the mind set. 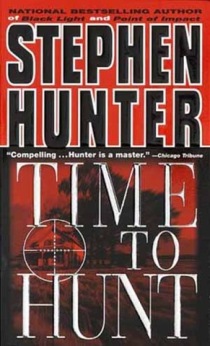 Hunter’s third book, Time to Hunt, specifically the section titled Sniper Team Sierra Bravo Four: RSVN February-May 1972 is one of the most colon stompingest combat writing I’ve ever read in fiction. This section deals with Swagger and his spotter and friend Donny Fenn’s two day destruction of an NVA Main Force Battalion with nothing more than an M40A1 bolt action rifle, several dozen rounds of Lake City Arsenal boat tailed .308 match ammunition, claymores, an M14, excellent Marine Corps training and a pure mile worth of guts. You want more you bunch of pikers? How about later in this section you get a sniper duel with a Commie from the USSR. Still not enough for you? How about this? The book is one long mystery involving moles, spies, murders going back to the Vietnam War and a new Russian president.

You know what you bag of bastards? I’m going to suggest you read anything by Hunter. It’s fun action adventure. The best non Swagger book of Hunter’s has to be Dirty White Boys. It’s about cons breaking out of prison and the hunt to get them back. It’s pure adrenalin and one of the few times you sort of root for the white trash. Sort of.

There you go, that’s a few suggestions and I’m looking forward to hearing your ideas in the ChangBack below. I could easily have made a dozen or more suggestions but I didn’t want to beat a dead horse and more importantly, now I can revisit the subject at a future date.

58 responses to “READING WITH XIPHOS”